The Predator’s Trevante Rhodes came away from the 2017 Oscar’s with a Best Picture award now associated with himself for Moonlight. In a new interview with Yahoo talking about the show, Rhodes has talked a little about the upcoming Shane Black Predator sequel, The Predator:

“Back on The Predator set, Black and the rest of the cast and crew gave him a brief but touching hero’s welcome. “It was hugs and everybody going, ‘We’re so happy for you,’ and then we were back to business. You gotta get back to work!” Naturally, they couldn’t resist hitting him up for firsthand intel too. “I feel like you can’t say congratulations without also saying, ‘What happened up there?’” Rhodes said, laughing. “That’s going to be the conversation for the rest of the year.” 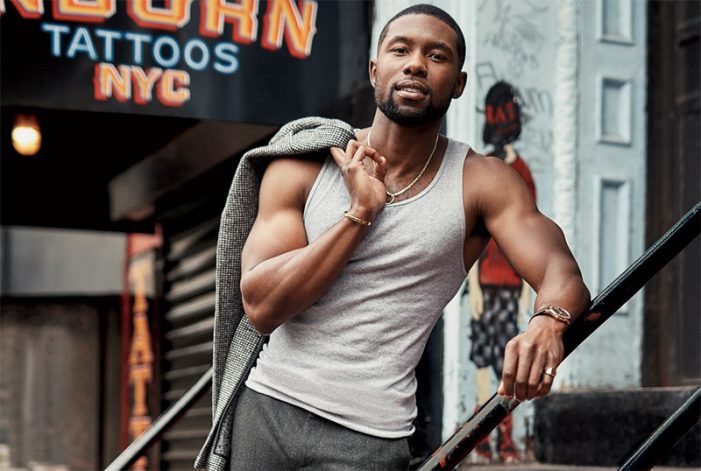 Trevante Rhodes reveals his character name in a new interview with Yahoo.

Rhodes also revealed that he’s a little squeamish, having had only been able to bring himself to watch the first Predator for many years. As explained below, it wasn’t until he was cast in The Predator that he caught up with the series.

“One thing that Rhodes has kept hidden until now is that he was a bit of a scaredy-cat as a young kid. That’s why he held off on watching the entire Predator series until he was cast in The Predator. “I was really squeamish growing up — not too fond of blood and guts,” he admitted. “I saw the first one when I was young, and liked it, but I was like, ‘I can’t watch any more of these!’” Now he’s facing those childhood fears by playing Nebraska Williams, a former Marine who enlists in a special Predator-hunting operation headed up by his good friend Quinn McKenna (played by Logan‘s Boyd Holbrook). “We form a bit of a motley crew,” Rhodes says, adding that Black is putting his own distinct imprint on the franchise. “It’s what you expect a Shane Black move to be, set in the world of the Predator.”

Rhodes has also revealed the name of his character as Nebraska Williams and that his character is part of a specialized team setting out to track down Predators.