Alien: Covenant 2 written and ready to go! Yesterday we covered a set report from the Sydney Morning Herald talking about the practical Alien effects. But hidden away at the bottom of that report was a little gem that we missed.

It turns out the next entry in Ridley Scott’s prequel trilogy is already written and Scott is ready to start work on it next year (it’s possible Ridley Scott may mean 2017 as the set visits took place in June 2016), assuming Alien: Covenant is successful:

“While working on Alien: Covenant, he had the next instalment written so he is ready to keep advancing the saga.

“You’ve got to assume to a certain extent success and from that you’d better be ready,” he says. “You don’t want a two-year gap. So I’ll be ready to go again next year.”

When Alien: Covenant hits the big screens in May, there will have been close to a 5 year gap between the release of Prometheus and it’s sequel. It did seem like 20th Century Fox and Ridley Scott were struggling with the direction in which to take Prometheus 2 but it’s looking like Ridley Scott knows what path he is taking going forward. 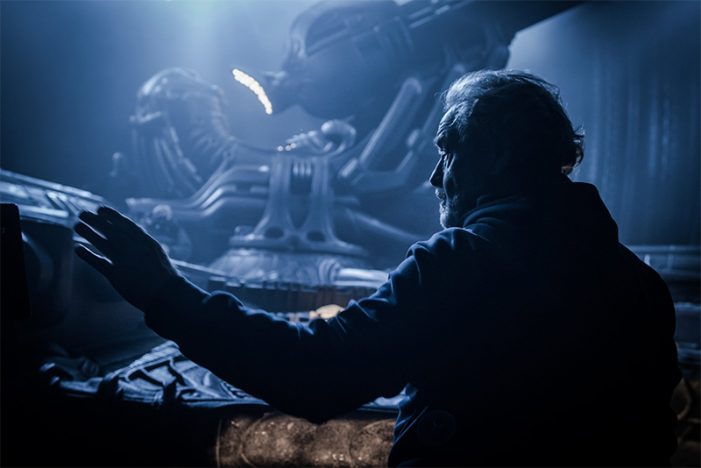 In the recent set reports it was mentioned that 20th Century Fox had commissioned a ten page Alien bible to ensure consistency with the new Alien prequels and the then upcoming Alien 3.2.

Something else that the set reports mentioned was the crew had talked about holding back biomechanical elements of the Alien design and building towards that in the later films. Perhaps this shows a little hint towards where the rest of the films may go? Towards the return of H.R Giger’s creature from the first film?

Thanks to Ingwar for picking up on this. Keep a close eye on Alien vs. Predator Galaxy for the latest on Alien: Covenant! You can follow us on Facebook, Twitter and Instagram to get the latest on your social media walls. You can also join in with fellow Alien fans on our forums!