Earlier this week we saw the release of numerous Alien: Covenant set reports. There was a lot of great new interviews and information that was revealed in those reports. The Sydney Morning Herald recently published their own article detailing their visit to the set of Alien: Covenant and that including an interesting recounting of a suit actor gearing up to shoot scenes of the Alien:

“In a tent beside a bank of shipping containers – as scores of crew members and actors bustle around him – an alien is dressing for work.

A lean figure in a black leotard is carefully fitted with a new ribbed body. Then a long slippery head inspired by a goblin shark. Still wearing his Nike runners, he climbs onto a high bench to be fitted with two long spindly legs supported by Oscar Pistorius style blades.

With his face smeared white with sunscreen and wearing a khaki hoodie marked “USCSS Covenant Crew”, the prolific filmmaker behind Alien, Blade Runner, Thelma & Louise, Gladiator and The Martian studies the alien and starts asking questions with a clipped English accent. “How fast can he run like that?,” he says. “How far could he run down that staircase?” 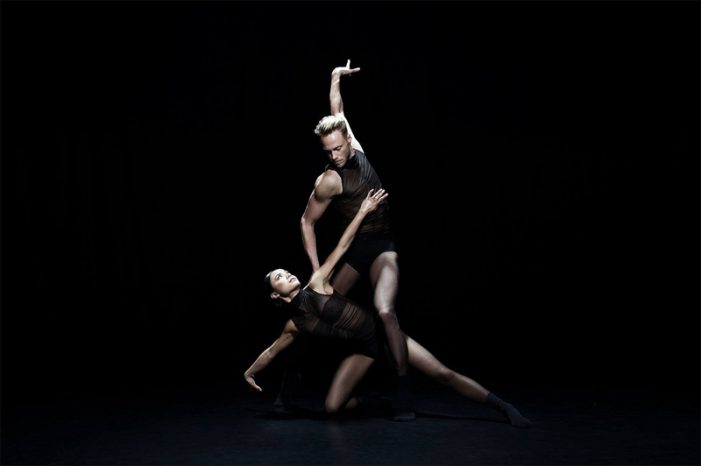 Andrew Crawford is an Australian dancer who has performed in many shows over his career. Though he isn’t well known for his work in film, he has appeared in Mao’s Last Dancer. Several days ago we also found out that Javier Botet, a regular motion capture actor in the horror genre, had done motion capture performances for Alien: Covenant.

The creature effects is something that has been talked about recently as well. The Odd Creatures team used a variety of methods and effects to bring the Alien and the Neomorphs to life in Alien: Covenant: “The creature effects department put together all kinds of versions of the various creatures, from fully-animatronic versions to classic man-in-suit costumes, and combinations of the two.” (Over 70 Things to Know about Ridley Scott’s Hard R-Rated Return to Horror)

Thanks to Wayne Hagg for the link! Keep a close eye on Alien vs. Predator Galaxy for the latest on Alien: Covenant! You can follow us on Facebook, Twitter and Instagram to get the latest on your social media walls. You can also join in with fellow Alien fans on our forums!