Carlos Huante talks Alien: Covenant concept work. Carlos Huante is one of the many talented concept artists who worked on Prometheus. He recently updated his Instagram page with numerous Prometheus concepts (including several new pieces).

One of the things that fans have noticed is that the creatures from Alien: Covenant seem to share similarities with unused designs from Prometheus. The Neomorphs appear to have been influenced by some of the Proto-Alien and Deacon concepts and we’ve seen Huante’s Beluga-Head concept (for the Fifield Mutant) in some of the leaked pictures.

We’re not the only ones paying attention though. Pablo Donado pointed out the similarities to the Beluga-Head and asked Huante about his involvement with Alien: Covenant. Huante explained that “I worked on the 2nd movie twice. With two slightly different scripts, two different approaches.. but have no idea what they made or what the film is about..it went over seas (I’m in the US) and I was done before I could finish my part.” 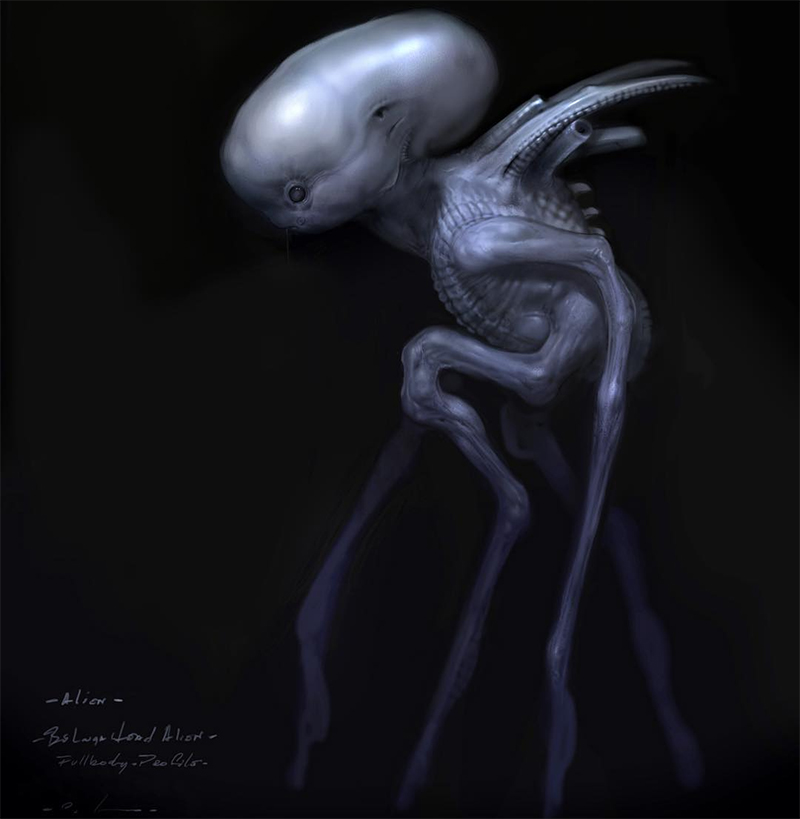 Carlos Huante talks Alien: Covenant concept work. This is the Beluga-Head, one of Huante’s Prometheus concepts that seems to have influenced some of the creature design in Alien: Covenant.

Back in 2012, community member ThisBethesdaSea (also known as JM Prater of the Perfect Organism Podcast) spoke to Carlos Huante on behalf of Alien vs. Predator Galaxy. Head on over and check out the full interview!