We opted not to cover it while we worked to verify its authenticity before giving it any coverage. And we’re now confident that the information reported by SplashReport (the details have since been removed by request of 20th Century Fox) is legitimate. We can’t, however, say how old it is or how relevant the information is to the current iteration of The Predator.

[Removed at the request of 20th Century Fox]

This synopsis sounds very similar to some of the details leaked to reddit last August. One thing of note is that this synopsis once again mentions the suburbia, something that Shane Black has gone on record as having denied so it’s very possible these details are now out of date. 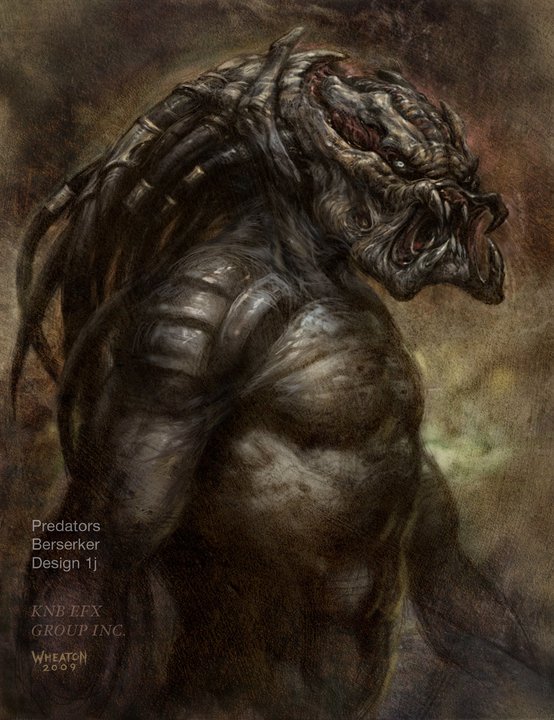 The Predator may be revisiting the concept of genetically altered Predators, something that was explored in the development of Predators seen here in this concept art by John Wheaton.

Interestingly there’s quite a few callbacks to Robert Rodriguez’s last Predator film, Predators. An earlier concept explored for Predators was that the Berserker Predators would in fact be genetically altering themselves. And, of course, the Predator Hounds.  As well as the synopsis, SlashReport also had character details:

[Removed at the request of 20th Century Fox]