With Dark Horse’s Life and Death crossover event scheduled for completion with Prometheus: Life and Death – One Shot on Alien Day, it had looked like we wouldn’t be seeing any new Predator comics. Fear not though!

2017 marks the 30th anniversary of Predator’s release and to celebrate Dark Horse has announced (via Comic Book Resources) a brand new comic series to go alongside their re-issue of the original three Schaefer Predator comics.

“The primary setting in Predator: Hunters is an isolated, privately owned archipelago in the South Pacific populated by the descendants of an eccentric 19th-century merchant and his employees,” Warner said. “Into this tropical paradise comes a purported oceanographic expedition that is, in truth, a cover for a much more lethal mission. But the remote islands hold their own secrets.” 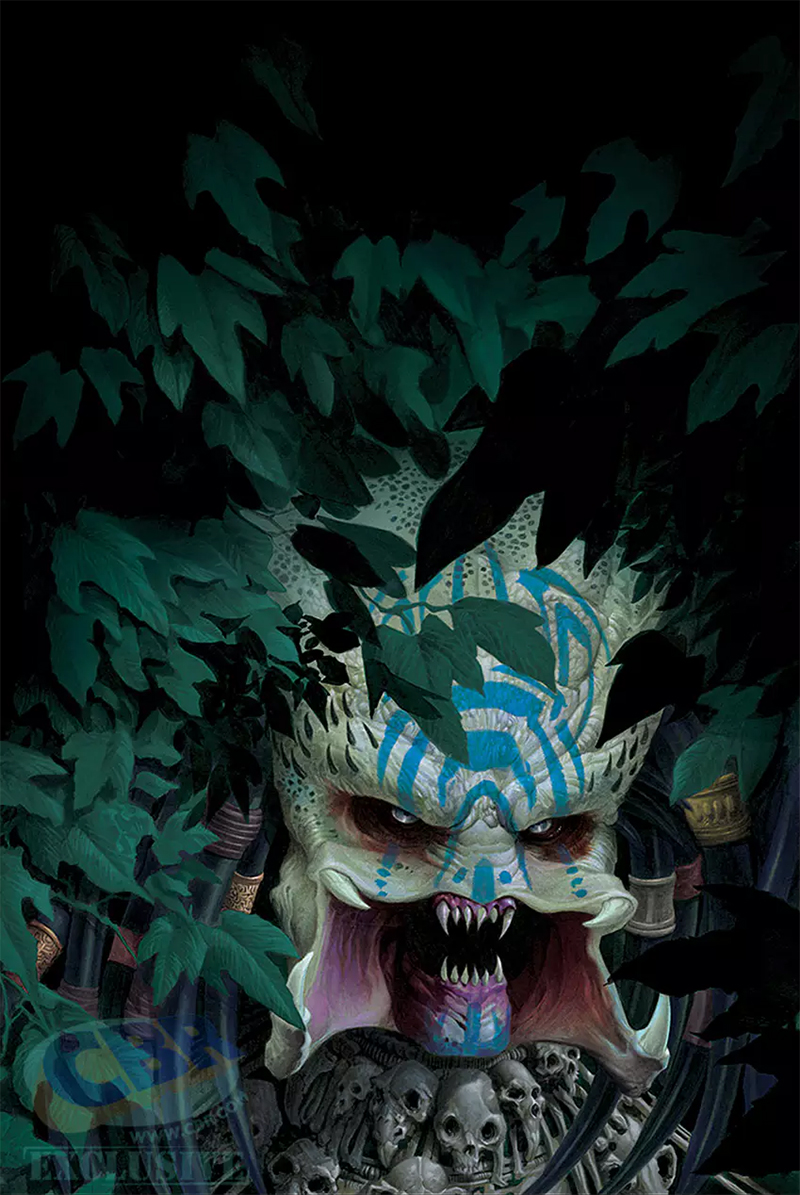 Predator: Hunters will be written by Dark Horse veteran Chris Warner with artwork by Francisco Ruiz Velasco (who has also worked on an Aliens and Predator comic in the past). Not only are old hands returning to create the series, Predator: Hunters will feature the return of past characters:

“We’ll see the return of several characters who survived their encounters with Predators from Dark Horse series of the past,” says Warner, “specifically Enoch Nakai, the Navajo soldier from “Big Game,” and Mandy Graves, the lone survivor of a black-ops team who tracked and fought a Predator in the New Jersey Pine Barrens in “Bad Blood.”

If you head on over to Comic Book Resources you can check out the full announcement and get a look at some interior artwork from the upcoming Predator: Hunters ashcan story. Predator: Hunters #1 is slated for release in May 2017. Thanks to Ultramorph for the news.

Keep checking in with Alien vs. Predator Galaxy for the latest Predator news! You can follow us on Facebook, Twitter and Instagram to get the latest on your social media walls. You can also join in with fellow Predator fans on our forums!