Alien: Covenant actor Uli Latukefu shares picture of bloody Covenant patch. Back on Alien Day 2016, 20th Century Fox offered the first official glimpse at Alien: Covenant with a picture of the crew patch of the Covenant.

Uli Latukefu, one of the actors in Alien: Covenant, has shared (via Twitter) a new picture of that same Covenant crew patch covered in blood. 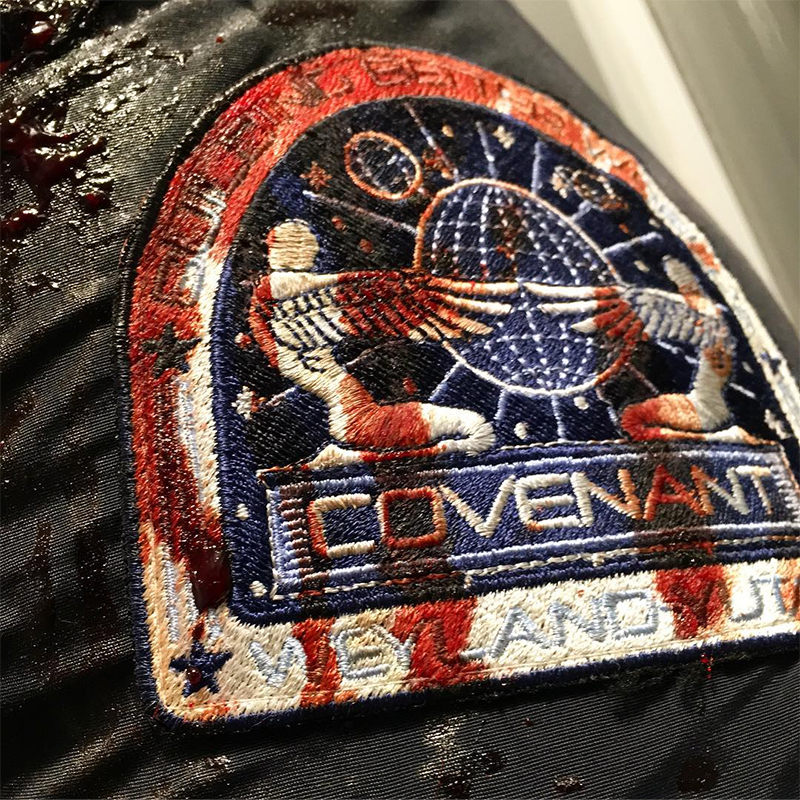 We don’t know the details of who Uli Latukefu is playing yet but over the next few months we’ll start to find out more about Alien: Covenant.