Get a clearer look at Carmen Ejogo in this new Alien: Covenant still! Earlier in December we shared some pictures of an Empire article that featured several brand new stills. Not long after, Empire released a better resolution copy of one of those stills, the one featuring Katherine Waterston and Ridley Scott.

Now we have a clearer look at a second picture from that Empire article, one featuring Michael Fassbender as Walter and Carmen Ejogo. 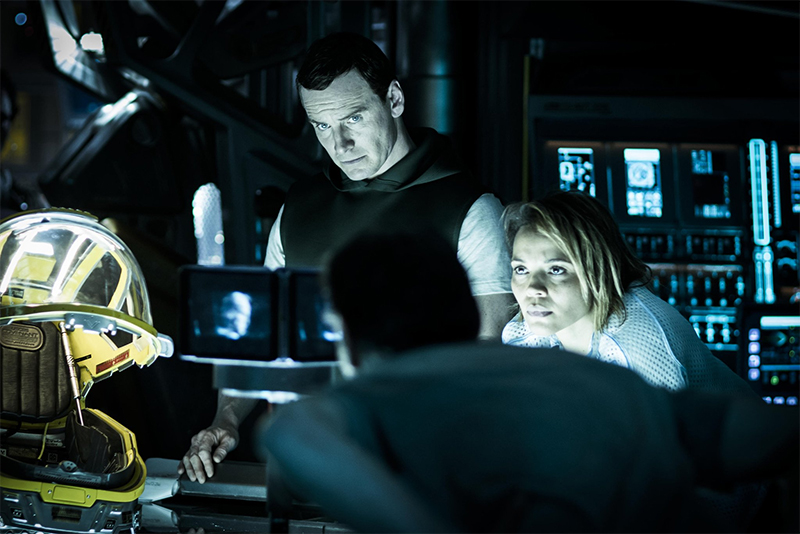 Get a clearer look at Carmen Ejogo in this new Alien: Covenant still!

We can see Walter and Carmen Ejogo’s character (one of the medical staff aboard the Covenant) and a third character (perhaps Billy Crudup’s acting-Captain?) watching some monitor displays. On that display is what appears to be a holographic recording of an Engineer (like the image used a lot during Prometheus’ marketing campaign or the Orrey scene from Prometheus). What do you think of this latest still? Let us know down below.

The still appears to have originated from Germany with both Moviepilot and MovieGod sharing the image. Thanks to BeatlesFass for bringing this to our attention.