Alien: Covenant “touches on mortality, immortality and the real question of who created us and why.” In a new interview with Digital Spy, Sir Ridley Scott has been talking about the direction of the Alien prequels and some of the themes that Alien: Covenant will be looking at:

“Prometheus delved into the origins of the alien creatures – with Scott explaining that it was this story point that lured him back to the series.

“No-one actually asked where they came from in the three subsequent movies, which is kind of ridiculous,” he said. “That’s why good writers are good writers, because they’ll ask a basic question like that and make that into a scenario.

“So we did Prometheus – that heaved it off the ground – and Covenant is a follow-through to Prometheus. So we now know who created this, and why, and the next one’s a joining up of the storyline. It touches on mortality, immortality and the real question of who created us and why.” 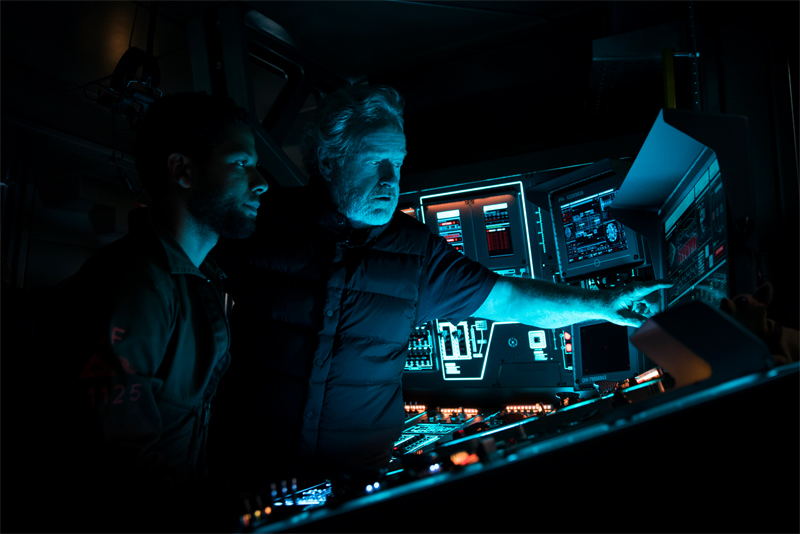 Alien: Covenant “touches on mortality, immortality and the real question of who created us and why.”

The interview also goes into how Scott’s beliefs on creation influenced the direction of Prometheus and Alien: Covenant: “We’re not just a random biological accident. For you and I to be sitting here right now [by accident] would take trillions of correct decisions to be made randomly by nature, which of course is ridiculous.

“I think there’s some kind of decision being made. I believe in a higher force – if we want to call it God, then it’s God.”

You can read the interview in full over at Digital Spy. Earlier today, Digital Spy also shared an interview with Michael Fassbender in which he spoke a little about playing two androids. He also gives an interesting reply when asked if David and Shaw are the only survivors from Prometheus: “As far as we know.”

Thanks to Pvt. Himmel for the news. Stick with Alien vs. Predator Galaxy for the latest on Alien: Covenant! You can follow us on Facebook, Twitter and Instagram to get the latest on your social media walls. You can also join in with fellow Alien fans on our forums!