There’s not really anything here that we haven’t seen before, the banner, the poster, a brief synopsis, and the cast are featured. It will be interesting to see how this website and the viral marketing grow over the course of the next few months.

The domain was discovered last month and we’ve been waiting for it to go live ever since.

Prometheus had an extensive viral site promoting Weyland Industries, where users could explore information articles and engage in activities. It remains to be seen if Fox will follow suit with similar websites for Alien Covenant.

We’re all aching with anticipation for the trailer which is expected to drop in the next day or so. Thanks to Scified for the news. 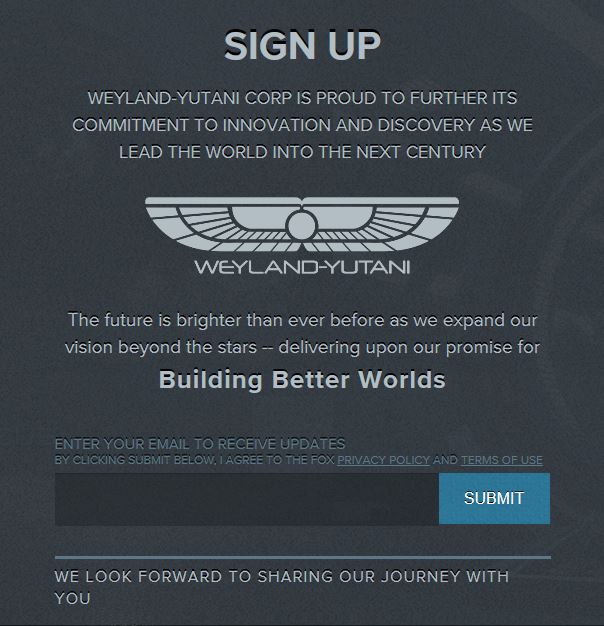 The Weyland Industries website has received a very small update in the way of this pop-up box.

As you can see, Fox are using the older Horus wings logo from Alien and that we’ve seen on the Covenant patch. Other than this pop-up there doesn’t appear to be any other new content but it looks like Fox is now gearing up for the viral campaign! Thanks again to Scified for the catch.