Yesterday we shared some pictures of the latest issue of Empire Magazine with their spread and new stills. A clearer version of one of those stills, with Ridley Scott directing Katherine Waterston has now been shared to the Empire website: 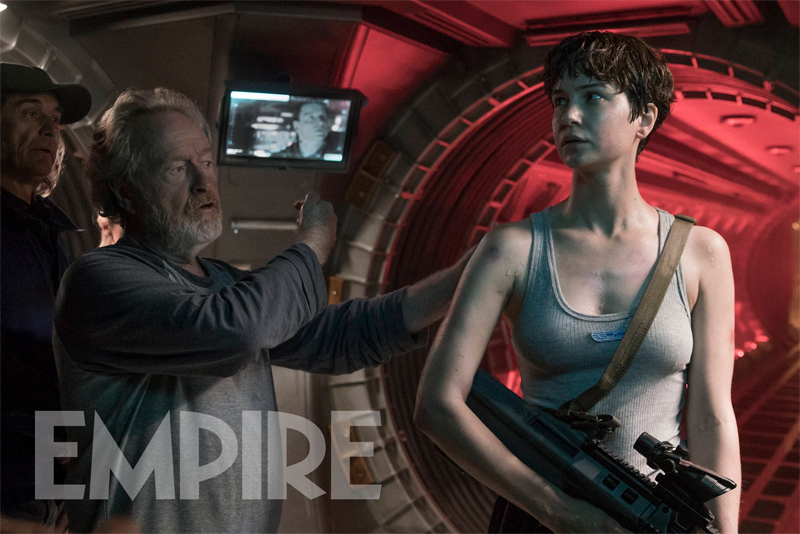 “Unlike Sigourney in Alien, [Daniels] is in a survival mode of sorts from the beginning.”

You can also see Michael Fassbender on screen in the background and Directory of Photography, Dariusz Wolski, standing to the side next to Ridley. As well as a clearer version of one of the stills in the spread, the article also includes some comments from Waterston. Unfortunately, these are comments recycled from Empire’s latest issue and nothing new.

Thanks to Ingwar for the news. Keep a close eye on Alien vs. Predator Galaxy for the latest on Alien: Covenant! You can follow us on Facebook, Twitter and Instagram to get the latest on your social media walls. You can also join in with fellow Alien fans on our forums!