And there’s a treat in there for all the Alien fans – a page and a half spread covering Alien: Covenant and three new stills! 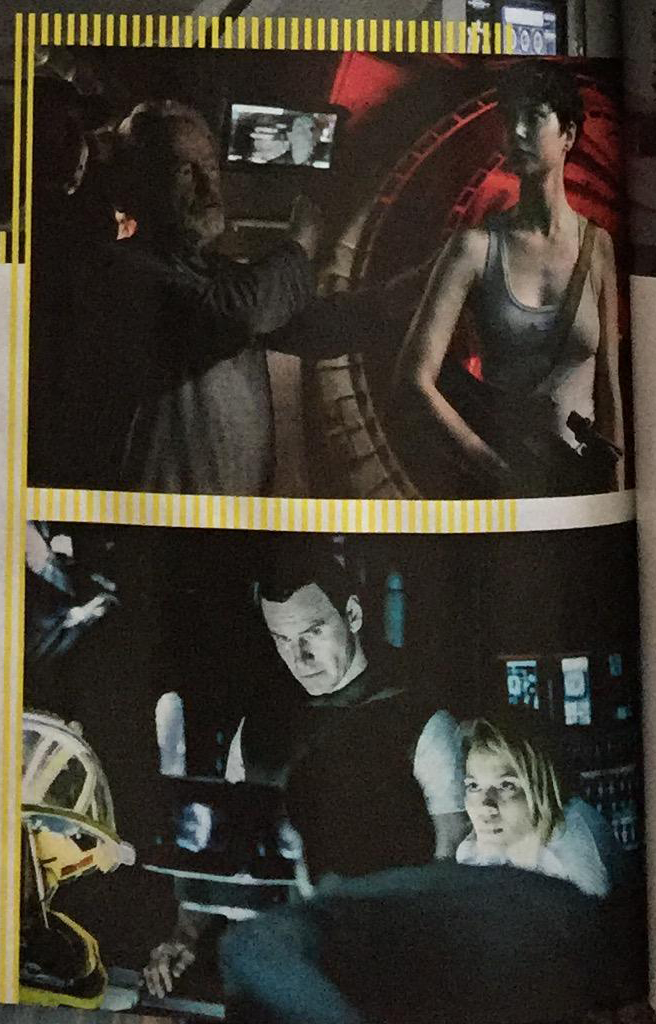 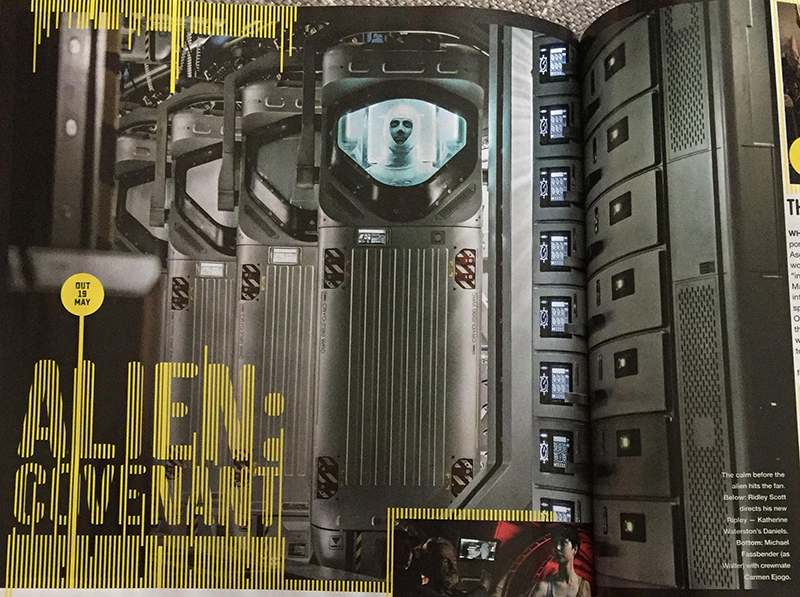 The first still gives us a glimpse at Ridley Scott directing Katherine Waterston. The second shows us Fassbender as Walter and Carmen Ejogo. The third still is a different view of the cryo-chamber that was seen in Tuesday’s production still.

The pictures accompany a page and a half spread talking about the film. The article primarily talks about the horror and some details about Daniels but also reveals some minor plot details that set the film going. You can read the whole article in our gallery. Thanks to the Gazz for the picture!