See Alien: Covenant’s Engineer architecture in new production still. The countdown to the teaser trailer continues with yet another production still and numerical hint via the Alien Anthology social media accounts! 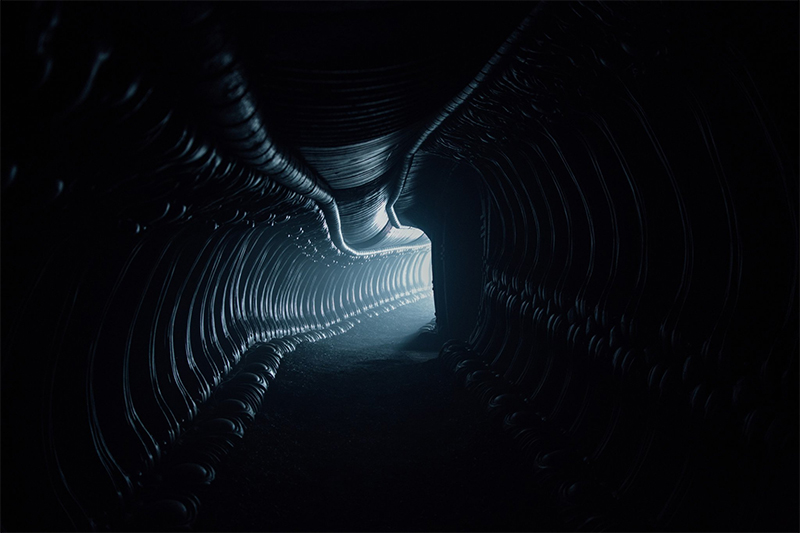 We’re likely seeing inside an Engineer Juggernaut or more likely inside the Citadel that has been seen in previous leaked set pictures.

We mentioned previously that a current popular theory for the numerical clues was that it was a countdown in microseconds to the trailer’s release. If we follow that pattern, the numbers in today’s production still would equate to 2 days, an increase from the clue accompanying yesterday’s picture so it’s unlikely this is the case.