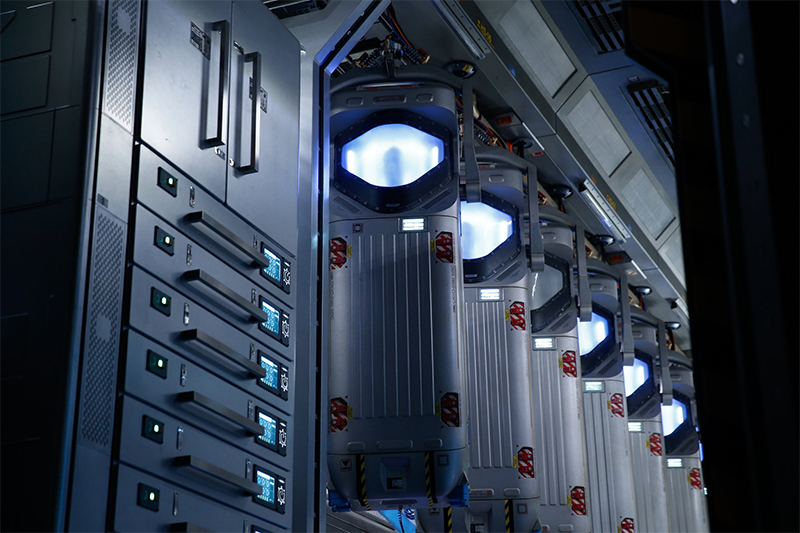 The capsules look noticeably different from the various cryo-chambers we’ve seen throughout the Alien films. Back in August, 20th Century Fox showed us a closer view of someone (Daniels?) in one of these cryo-chambers.

As with the production still released yesterday, this new still comes with yet another cryptic numerical sequence: “130112062104.” The meaning of these clues has yet to be decrypted. What do you think?