Aliens: Nightmare Asylum (also known as Aliens: Volume 2) published by Dark Horse Comics in 1989 as a four-issue limited series has come to be revered as one of the finest Aliens comic book series in history.  The popularity of the book is largely a direct result of the exquisitely detailed, vibrant, and lavishly airbrushed artwork of fan-favorite artist Den Beauvais.  It is a true testament to the brilliant talent of Den Beauvais that those four issues still capture the imagination of Aliens fans in ways that have not been matched in the 28 years since their release.

Other than a series of short stories titled, Aliens: Countdown, which were published in a promotional publication named Dark Horse Insider in 1990, and the occasional comic book covers, there have been no new Aliens comic books featuring the distinctive art of Den Beauvais released since that era.

While many fans continue to hope for more Aliens works from Den Beauvais, Alien vs. Predator Galaxy recently caught up with him and will be conducting an interview for our members.  Moreover, this is an opportunity for fans to ask their own questions to this Aliens comic book legend. 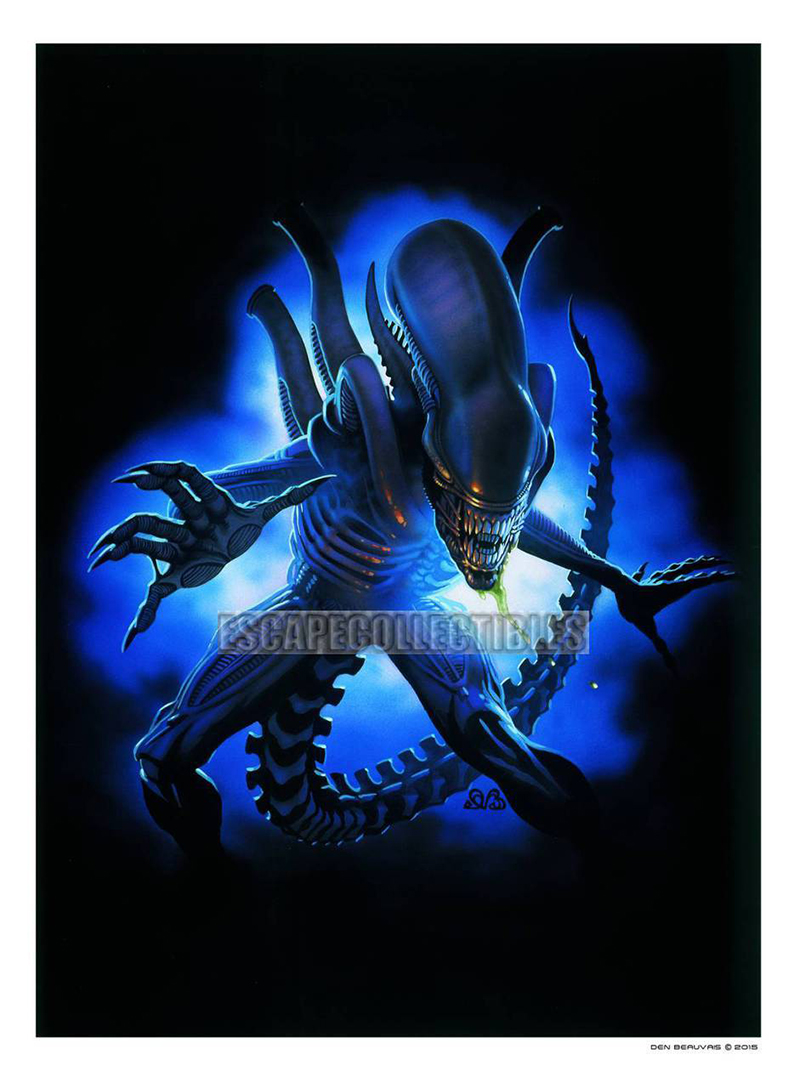 Alien and Predator prints by the legendary Den Beauvais are available for purchase via Escape Collectibles.

In the meantime, Alien vs. Predator Galaxy would like to inform you that there are limited edition Den Beauvais prints available exclusively through Escape Collectibles.  All of the prints are personally signed by Den Beauvais.  There are over 30 prints in the series spanning Den Beauvais’ career and the series includes 3 Aliens prints and 1 Predator print.

So check out the prints by Den Beauvais, and provide us with your questions for Den Beauvais down below or in this thread on the Alien vs. Predator Galaxy forums!