Callie Hernandez talks auditioning for Alien: Covenant. The press may have finally seen some footage of Alien: Covenant recently and Alien vs. Predator Galaxy may have given you a few peeks under the veil of secrecy 20th Century Fox has cast over the film but those involved are still firmly keeping their lips sealed tight!

Alien: Covenant actress Callie Hernandez was recently featured in Interview Magazine where, for the second time, she talked a little about her involvement in Alien: Covenant. Expectedly she revealed no details about her character or the film. However, Hernandez did talk about how she become involved with the film, sharing that:

“I didn’t know anything [when I auditioned]. I was shooting Graves in Albuquerque; I had just gotten there. I had no one to read with since everyone was working, so I called a friend of mine and I said, “Can you just record these lines with spaces in between them into your phone, and I’ll film it in my hotel room on my own.” That’s what I did, and I remember watching the first tape going, “Oh my God, this is ridiculous, this is hilarious.” Then, within, like, three hours of me sending in the tape, they called back and they said they wanted to see another tape. So I called another friend and I did it again. Then I came to L.A. and I met with some people and that was that. I had no idea what character I was playing—no idea what the script was like—but I knew it was Ridley Scott and I knew it was an incredible cast, so it was a no brainer.

When my manager called me and told me I got the role, it was the quintessential crying, screaming. I was sweating for some reason. I was like, “Okay, what role am I playing?” And my manager jokingly said, “You’re playing the Alien. No one told you?” All we knew was the name of my character until maybe a month before going to Australia.” 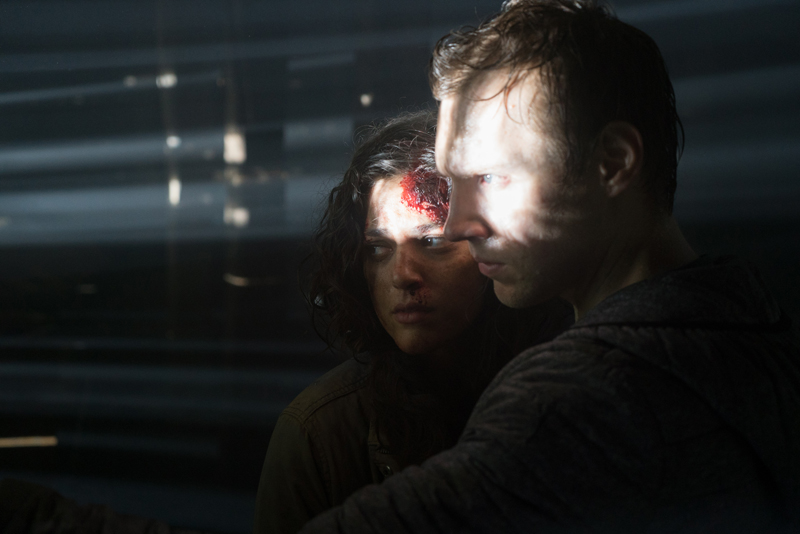 Hernandez also talked about her experiences working with and socializing with her fellow cast of Alien: Covenant, revealing that she did work quite closely with Danny McBride: “I worked with Danny McBride quite a bit on Alien and he’s just the best.”

You can read the whole interview over at the Interview Magazine’s website where Hernandez shares some small anecdotes about the rest of the Alien: Covenant cast and details about the rest of her career. Thanks to BeatlesFass for the heads-up!