Today is the 79th birthday of Sir Ridley Scott and 20th Century Fox is celebrating with a brand new production still of the man himself on the set of Alien: Covenant!

Released via the various Alien social media platforms, this new production still is captioned “And a new kind of horror was born. Happy Birthday, Ridley Scott. #AlienCovenant” and shows Ridley on the Orrey/Pilot’s Chamber set. 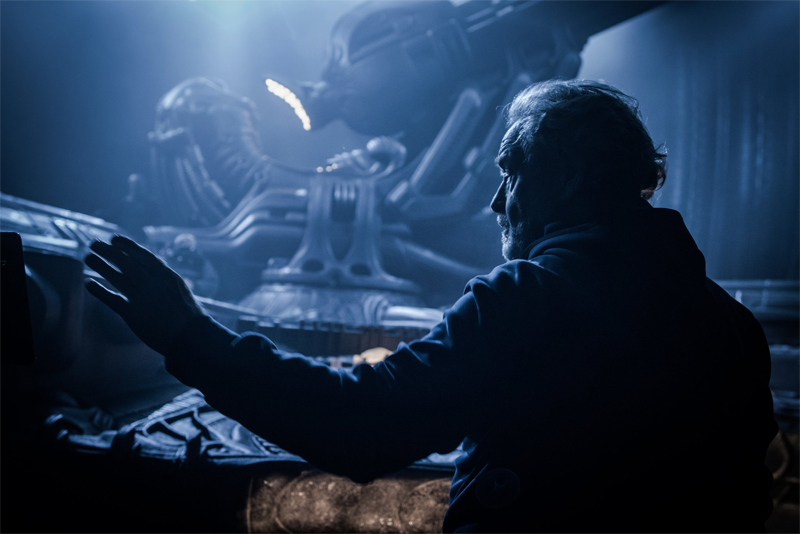 We previously saw this location in the pictures leaked by So Is It Any Good back in October. One of the pictures showed the Pilot’s Chamber lit in a similar fashion. Those pictures have since been removed from the website but are available online through Google.