Yesterday, 20th Century Fox teased that Alien: Covenant would be there in some fashion and their latest tweet seems to hint at the possibility of some sort of prop display!

“In @CCXPoficial 2016, learn a little more of the #AlienCovenant universe in an exhibition with unique parts of the movie! #FoxNaCCXP” 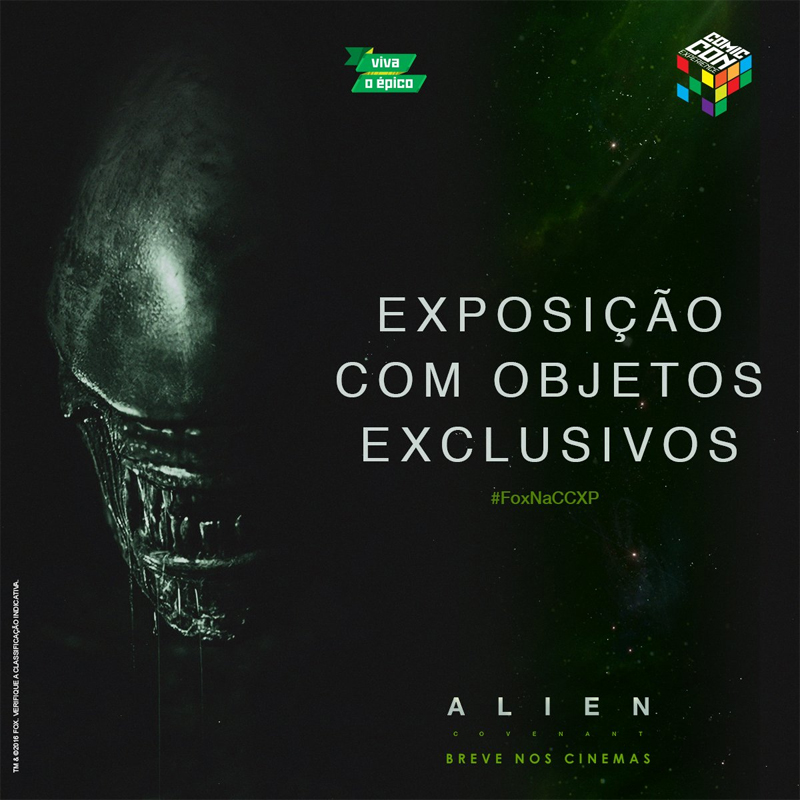 “Exhibition with exclusive objects.” It would appear that 20th Century Fox will be displaying props from Alien: Covenant at Comic Con Experience.

The text on the image tweeted translates to “exhibition with exclusive objects.” Another tweet translates to “exhibition of original pieces.” It’s possible that something may be lost in the translation and it ends up being something else entirely – some footage, perhaps? – but it sounds more likely that this is indeed a prop display. With the convention starting tomorrow, we’ll find out soon!

Updated 30/11/2016 21:53pm GMT – Fox Brazil have tweeted another image, this time talking about an Escape Room type event: “In @CCXPoficial 2016, face the conundrums of an exclusive room #AlienCovenant, pocket version of @Escape60Oficial.” Escape60 looks to be a chain that runs Escape Room events throughout America and South America.

For those who don’t know, an escape room is a type of adventure game in which you are locked into a room and have to solve puzzles to determine a means to escape. An Alien themed escape room sounds like a fantastic experience! Thanks to Scified for the heads up about this latest tweet.