20th Century Fox has announced that the release date for Alien: Covenant has been pulled forward yet again, this time from August 4th to May 19th.

The announcement comes via a teaser poster that has just been released on 20th Century Fox’s various social media platforms. The new teaser posters also offers us our first look at the upcoming film’s Alien: Covenant’s traditional Alien, with a simple tagline of “Run”. We have also confirmed with 20th Century Fox that this is an announcement in change of release date. 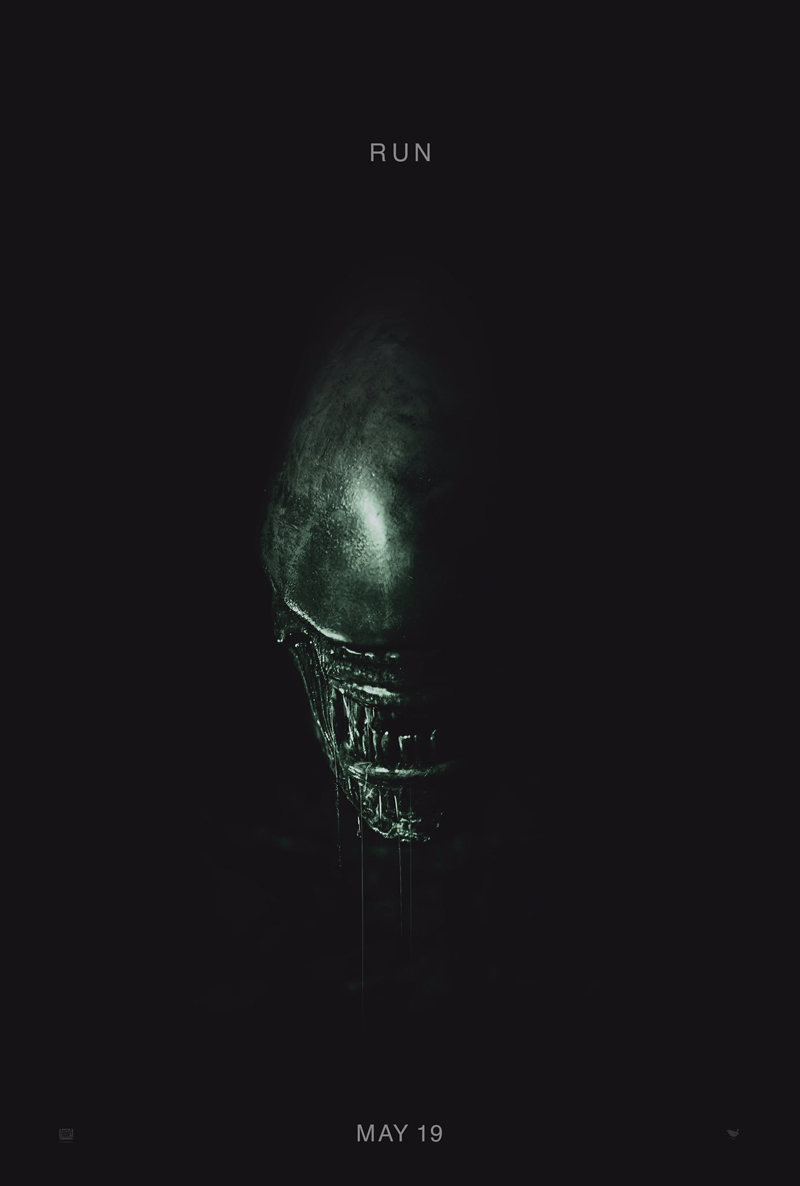 Fox announces that Alien: Covenant’s release has been pulled forward to May 19th 2017 with a new teaser poster showing the film’s Alien!

As we previously mentioned, 20th Century Fox has been recently testing the film and are currently filming additional footage at Leavesden Studios. This marks the second time Alien: Covenant has had it’s release pulled forward (it was originally announced with a release date of October 2017) and Alien vs. Predator Galaxy has heard that the studio is pleased with how the film is turning out.

This additional change in release potentially shows real confidence on the part of 20th Century Fox as it now puts Sir Ridley Scott’s Prometheus sequel release into close proximately with Guardians of the Galaxy 2 (May 5th). Alien: Covenant’s only similar competition on release date, however, is Annabelle 2.