Katherine Waterston talks being chased by “enormous Aliens” in a new interview with The One Show. With the imminent release of Fantastic Beasts and Where to Find Them, Katherine Waterston has been participating in the press rounds promoting the film.

She appeared alongside Fantastic Beasts co-star Eddie Redmayne on BBC One’s The One Show last night where she spoke very briefly about Alien: Covenant (at about the 27 minute mark).

When hosts Alex Jones and Angellica Bell brought up the topic of Alien: Covenant, Waterston told the hosts: “I’m was sort of running towards the trouble in Fantastic Beasts, whereas in Alien I’m running from it. Ridley is a little sadistic. He likes it to feel pretty scary on set. There were days when there were really enormous Aliens chasing me and I was in a cumbersome spacesuit.” 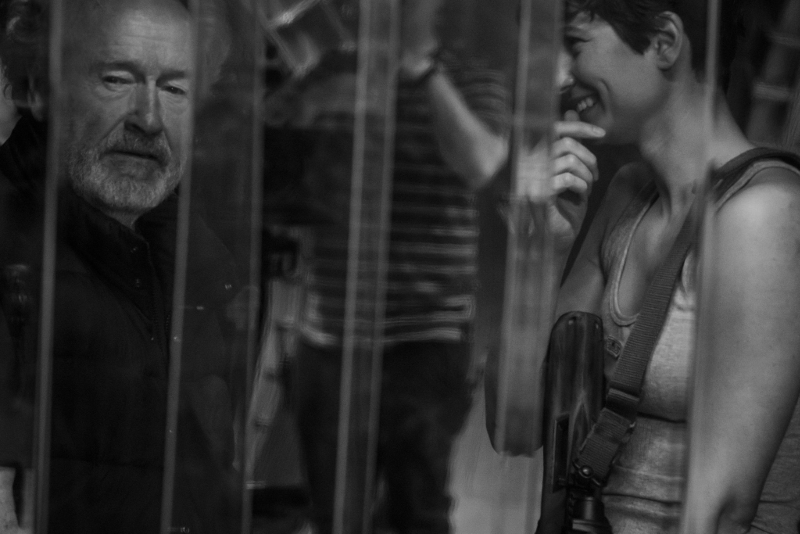 Katherine Waterston talks being chased by “enormous Aliens” in a new interview with The One Show.

The fear factor of Alien: Covenant is something that has been spoken about several times by the cast but the topic of practical Aliens hasn’t really been discussed. Callie Hernandez has previously hinted at the topic though. When asked if seeing Aliens in the flesh destroyed the illusion, she told SlashFilm: “No, it was just as terrifying as you would ever imagine it to be.” And we have, of course, been teased with the hand of a creature. Whether it’s the traditional Alien or Alien: Covenant’s new Neomorphs remains to be seen, however!

When pressed for details on her character (who we know is named Daniels), Katherine Waterston opted to play the secrecy card and not reveal anymore details. Thanks to BonesawT101 for the heads up!