The four page preview for Aliens: Life and Death #3 has now been posted on the Dark Horse website. As always, expect spoilers.

“Having returned to LV-223 to save one of their own, Captain Paget and her Colonial Marines find themselves once again stranded—and facing an army of xenomorphs!” 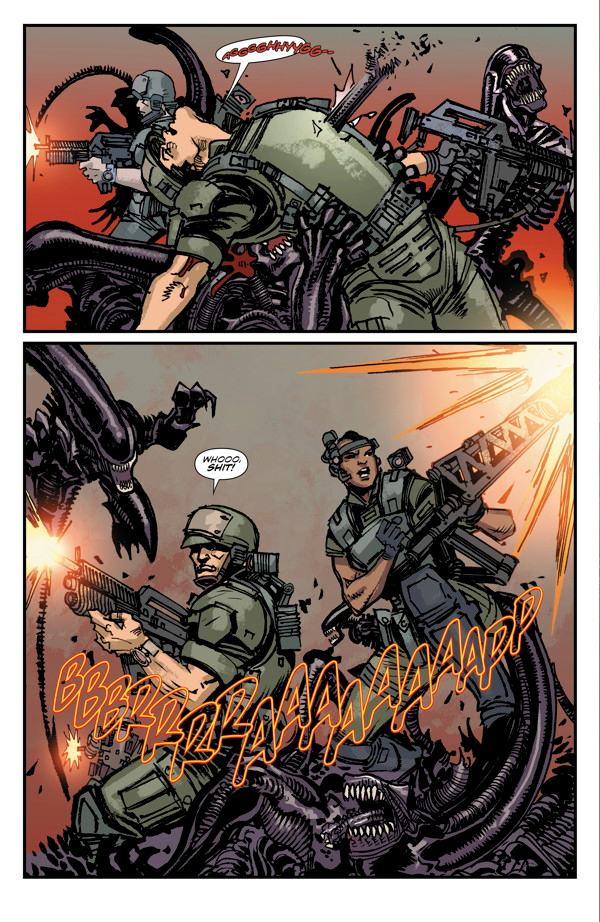 Dark Horse have posted the preview for Aliens: Life and Death #3.

Aliens: Life and Death #3 is due for release on 16th of November with the Aliens series coming to close with the fourth issue on the 21st of December. The last four issue run, Alien vs. Predator, will begin a week later on the 28th of December. Thanks to Ultramorph for the news.