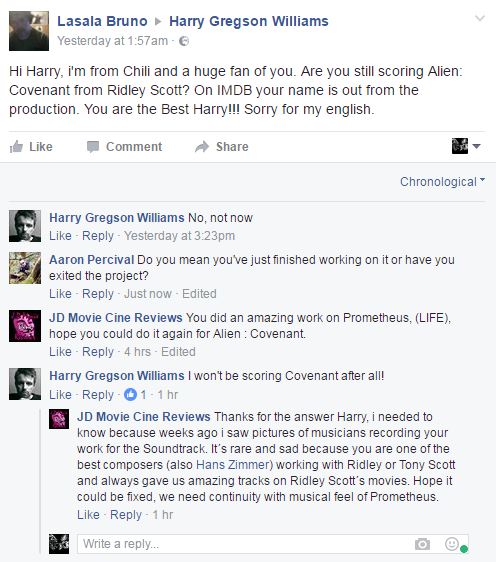 Harry Gregson-William confirms he is no longer working on Alien: Covenant.

The composer provided no further details and no other outlet appears to be covering this yet so the reasons for Harry Gregson-Williams’ departure is unknown. This development is a bit of a surprise as we already know that the score was being recorded as of the end of September as confirmed on Facebook.

At the least, the orchestral textures and soundscapes were being recorded at the appropriately designed Alvernia Studios in Poland. 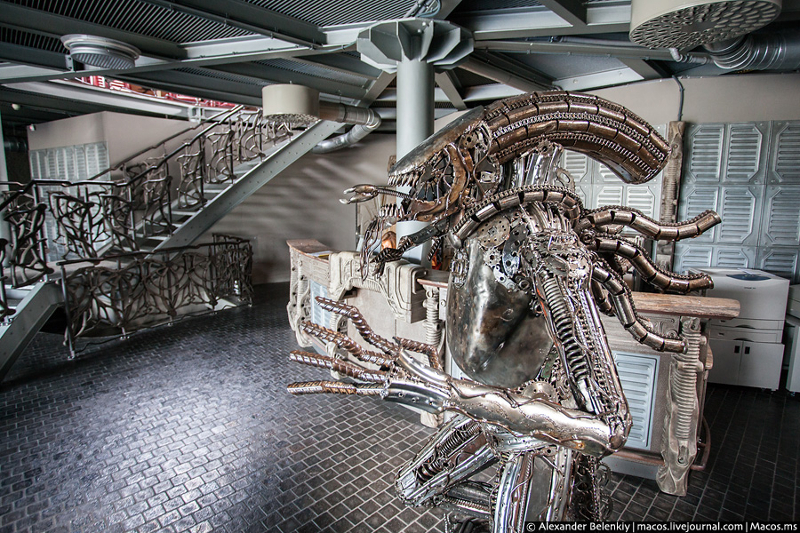 Alvernia Studios is furnished with a metal Alien statue and very Giger-esque designs throughout the building. Photo by Alexander Belenkly.

Hopefully we’ll find out more about the sudden change and who will be replacing Harry Gregson-Williams soon. Thanks to Darkoo for the heads up.

Stick with Alien vs. Predator Galaxy for all the latest news and information on Alien: Covenant! You can follow us on Facebook, Twitter and Instagram to get the latest on your social media walls. You can also join in with fellow Alien fans on our forums!

Update 03/11/2016 – Replying to a query as to why he had exited Alien: Covenant, Harry Gregson-Williams provided the following comment: “Schedules and one’s expectations of scoring a film don’t always fit and this one wasn’t going to work out. I move on to another project with gratitude to have worked on many movies with Ridley Scott where the moons did indeed align and I had the chance to burrow in to the core of the project.”