We have known for some time that Michael Fassbender would be portraying two synthetic characters in Alien: Covenant. One would be David from Prometheus, the other would be a brand new David-model synthetic who is part of the Covenant’s crew. Other than that we’ve had no real details on this new David android.

We now know Alien: Covenant new android character will be named Walter. Michael Fassbender divulged the tidbit in an interview in the latest edition of The Irish Times. Beware minor spoilers.

“I am allowed to say I am playing two robots – Walter and David. I think what’s great about it is that Ridley has gone back to the original DNA of Alien, the horror element of that. But is also has the scope and the scale of Prometheus. Ridley has cut it already. He is a machine. He is an incredible human being and he was in such good form. He is such an imaginative and mischievous figure.”

Alien vs. Predator Galaxy can also also tell you that Walter is not a fan of David. Walter is a more advanced and up-to-date version of the David model. He is distrustful of David 8 because the older model has gone without any form of maintenance or upgrades during the ten year interval he has been in isolation between the Prometheus incident and the Covenant crew making landfall on the supposed paradise planet that Alien: Covenant takes place on. 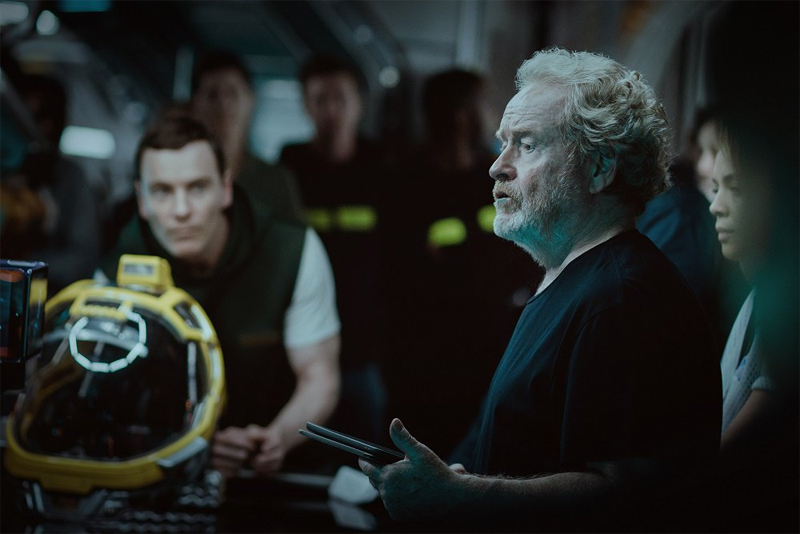 The name Walter is an obvious break in the traditional naming pattern of the Alien film’s synthetic characters – (A)sh, (B)ishop, (C)all and (D)avid. Like us, I’m sure many of you were expecting something along the lines of Edward.

Fassbender also reiterates what he and his fellow cast members have been saying about the film, that it is a horror film with a bigger scope. He also mentions that Ridley Scott has already completed a cut of Alien: Covenant. Thanks to crazybooklady (via Twitter) for the news!