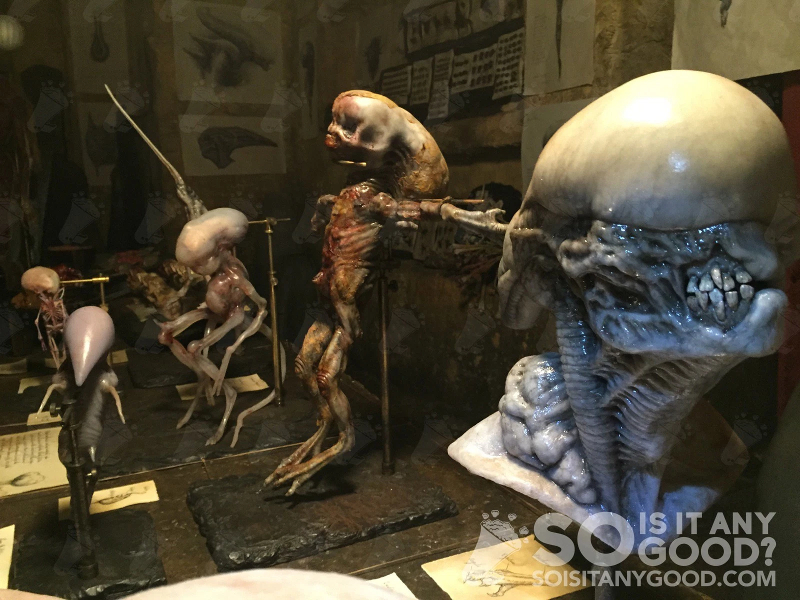 Are these the Neomorphs in new leaked Alien: Covenant set pictures? 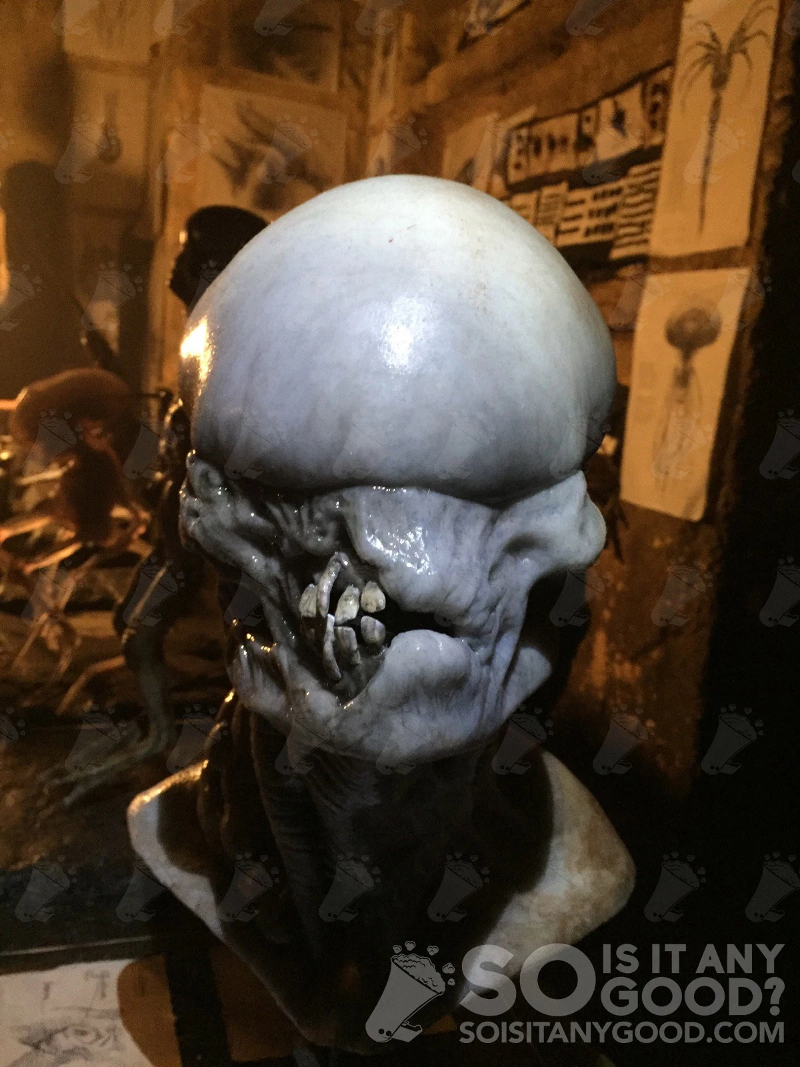 In imagery that appears to mirror Alien: Resurrection’s standout sequence in which Ripley 8 encounters the failed clones, what we see here are a collection of various Alien-like creatures on display in what Alien vs. Predator Galaxy can confirm is David’s home within the Engineer temple on the planet that Alien: Covenant takes place.

You can see various biological sketches on the walls in the background. The creatures on display here share a striking resemblance to some of the descriptions we provided about the Neomorphs but not 100%. Are these some other forms of Alien creatures that David has been experimenting on?

In fact, one of the creatures on display in the top picture (3rd from the left) looks very similar to earlier concepts of the Fifield Mutant from Prometheus. Also seen on display are various representations of the more traditional Alien elements including the face-hugger (and what appear to be different types of eggs) and a cave containing eggs that resemble the more traditional eggs. 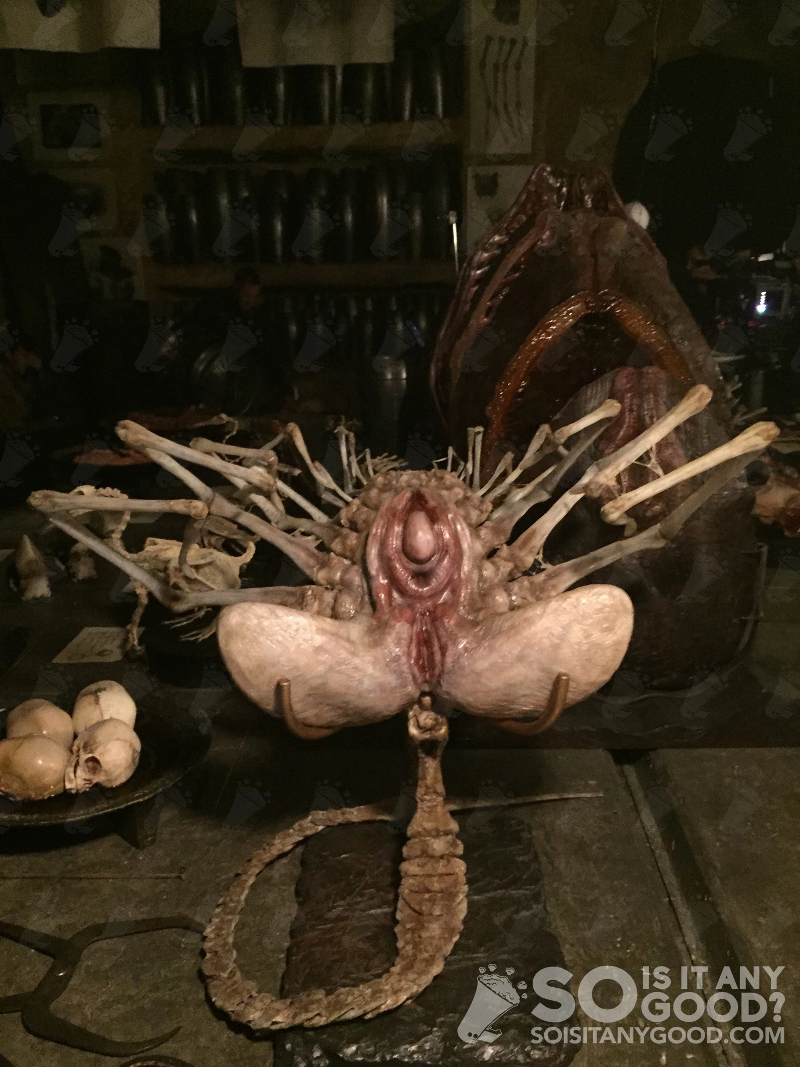 Also on display within David’s temple is a facehugger and varying types of eggs. 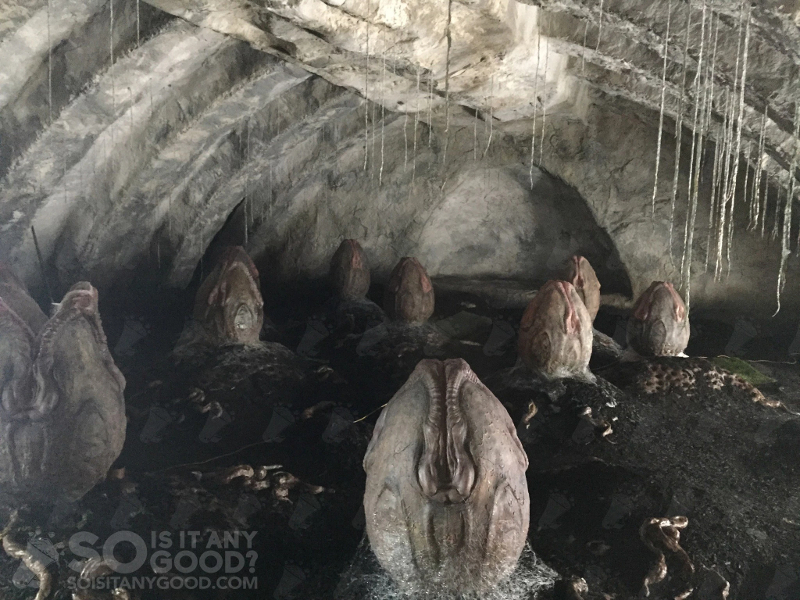 If you look in the background of the facehugger picture, you’ll notice a store of ampules of accelerant as we saw earlier this year when Ridley Scott filmed a short introduction for The Man in the High Castle.

And that’s not all of the photos, So Is It Any Good has one final picture for you, showing off the Pilot’s Chamber of what I presume to be David and Shaw’s Juggernaut that has crashed or landed on the surface of the planet. 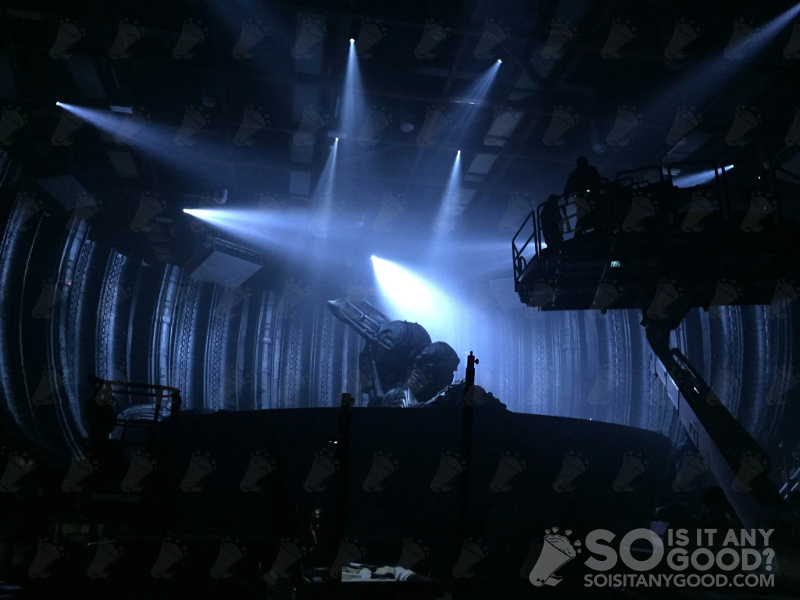 Thanks to SucideDoors for the heads up! Stick with Alien vs. Predator Galaxy for the latest on Alien: Covenant! You can follow us on Facebook, Twitter and Instagram to get the latest on your social media walls. You can also join in with fellow Alien fans on our forums!