It’s no secret that Alien 3 was a nightmare production, a film that it’s own director refuses to even discuss. While it may make for a fascinating topic for fans to learn about, that isn’t a sentiment that the people who experienced the trouble are likely to share.

Ralph Brown, Alien 3’s 85/Aaron, recently posted a very candid blog in which he recounts some of the issues he personally faced while working on Alien 3.

“The canteen sequence.  Rewrites still coming in.  An IRA attack on Downing Street provides a fitting backdrop.  Sigourney is taking no prisoners today.  First it’s the hair:  “Your hair is too long Ralph, we should put some lice in it”   Then an hour later it’s the costume:  “How come Aaron gets to wear a nice clean shirt, while we’re all in dirty crap here?”

“It’s vanity pure and simple”  says the deep Barnsley burr of Brian Glover.  Thanks mate.   “So the stupid Aaron 85 looks really cool then” says Sigourney.  “Mr Normal”.  She stonks off.   I feel really weird now.  All my paranoias confirmed !   I think she is anxious about having a shaved head, but she has successfully managed to dump her insecurity onto me.” 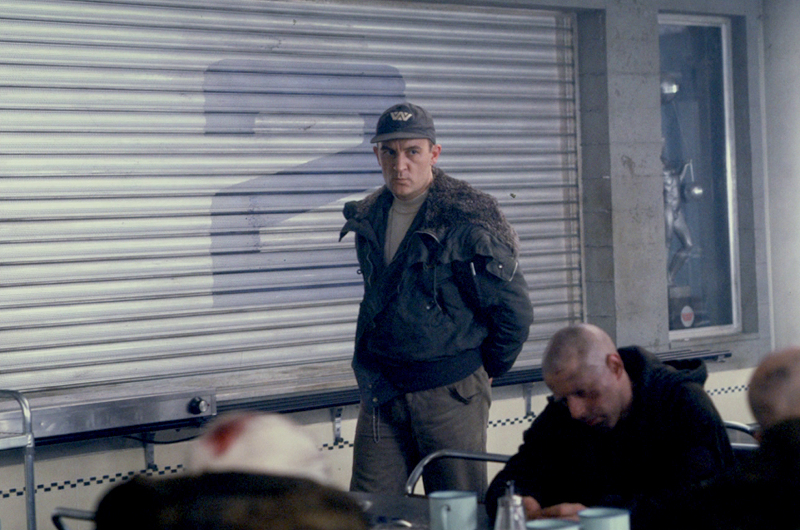 “I asked them to kill you off on page ten” says Sigourney Weaver to Ralph Brown in an exchange recounted on Brown’s blog.

Brown talks about the difficulties he had with rewrites to Aaron and trying to discuss those changes with writers and producers Walter Hill and David Giler. He talks about selling out David Fincher to the pair, Sigourney Weaver’s hostile attitude on set and his misconceptions as to what was actually happening on the set. It’s a fascinating read! Head on over to Ralph Brown’s blog to read.

Thanks to Charles DeLauzarika for sharing the link.