The assortment includes Youngblood and Elder from the 2004 movie, and Serpent Hunter from the 2010 video game. Elder Predator wears a regal soft goods cape with real chain and comes with a removable mask and staff accessory. Youngblood Predator features dual wrist blades and comes with a staff with impaled Xenomorph head. The frequently requested Serpent Hunter Predator (also known as Alien Head Predator) features a unique, Xenomorph-inspired bio mask, dual extendable wrist blades, and sword and shuriken accessories. We’ve paid close attention to detail to make these as accurate to the movie and game as possible.

Each stands 8.25” tall and has over 30 points of articulation. As an added bonus, Elder and Youngblood’s hands and blades are removable and compatible with other AvP Predators. Blister card packaging.” 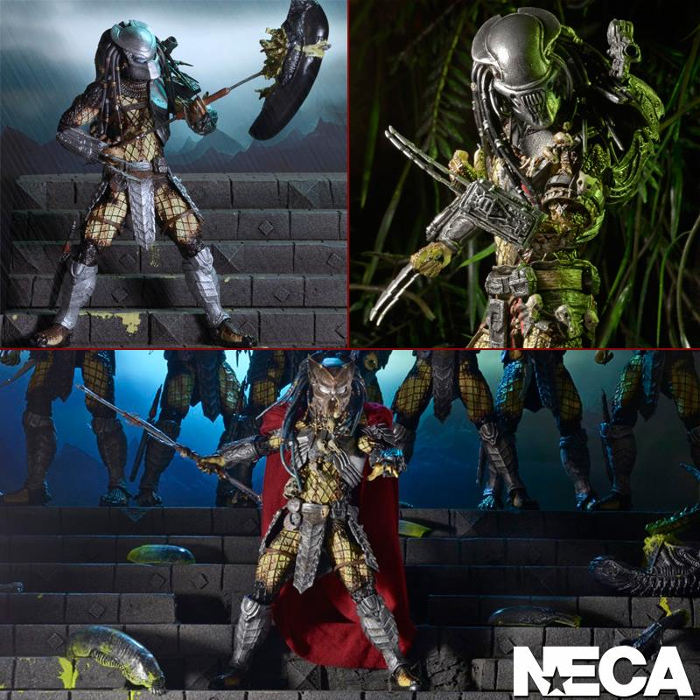 Predator Series 17 is currently slated for release in the first quarter of 2017. Series 16 will be released sometime this month.

NECA are also attending New York Comic Con where they are showing off more of their upcoming products. Earlier today they revealed their upcoming Ultimate City Hunter! 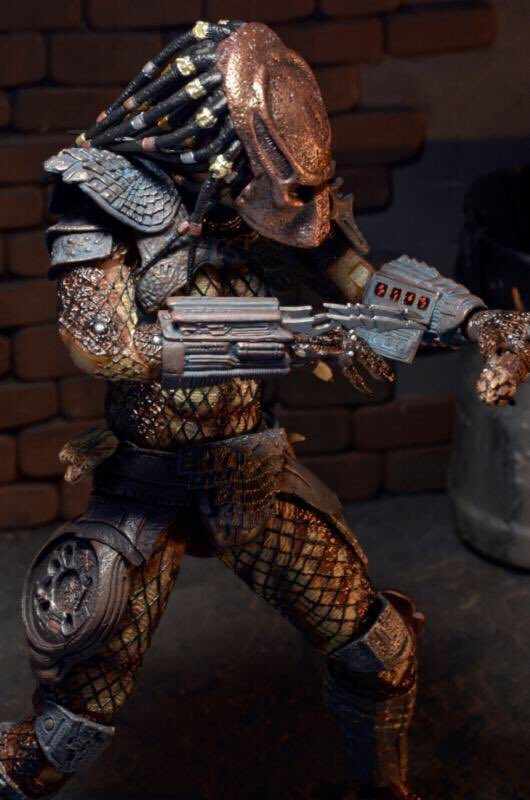 Be sure to keep an eye on NECA’s Twitter and Facebook accounts for potential reveals over the weekend!