Dark Horse announces Aliens: Dead Orbit in a new interview released on Comic Book Resources. Dead Orbit will be both written and illustrated by James Stokoe who is best known for his original creation Orc Stain.

“’Dead Orbit’ mostly takes place on the space station Sphacteria in a rather forgotten and secluded area of space. It’s a pretty ragged, worn looking setting. [The Xenomorphs] are definitely not there to give the space station crew a helping hand, so I’d say they’re as much of an antagonist as an unknowable monster can be. I don’t really consider them to be that sinister; they just have a very violent, predatory life cycle which sucks if you’re a human and happen to be their neighbor.” 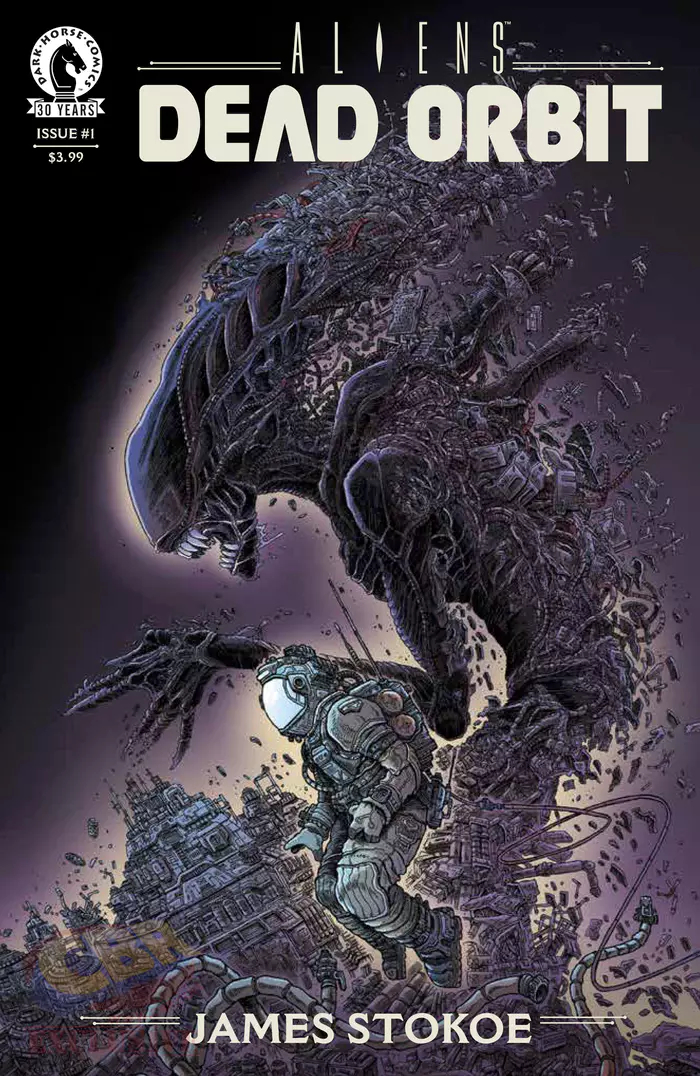 Stokoe talks to CBR about the direction he is taking with Aliens: Dead Orbit, discussing the challenge of no sound in comic and the visual aspects of the series:

“The narrative bounces between pre and post alien attack on the station,” he said. “I’m having to draw the same settings in various states of disarray, but still keep it recognizable, which has been a bit of a challenge with all the million little pipes and terminals and whatnot. It’s definitely a big departure from the ‘Orc Stain’ environments, but more technical sci-fi stuff is always fun to draw.”

The interview includes several pages of preview artwork from Aliens: Dead Orbit and I have to say I’m getting quite an Alien vibe from it. Stokoe’s style is very reminiscent of some of Alien’s concept artists, specifically Ron Cobb and Mobius! 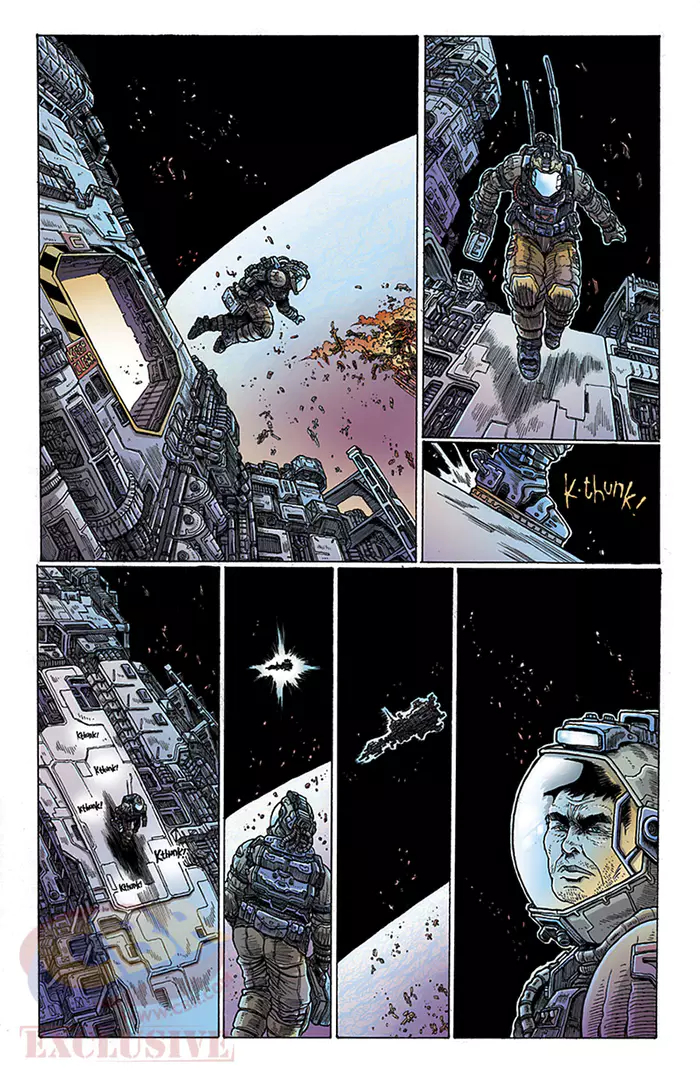 Aliens: Dead Orbit is currently due for release April 26th (Alien Day), 2017. Thanks to Ultramorph for the news!