“Following the highly successful release of Aliens: The Original Comic Series hardcover collection earlier this year, volume 2 finds Earth overrun by xenomorphs, with no hope of saving it for humanity. This doesn’t mean humans are ready to give up their home without a fight. Ripley hatches a plan to capture a “Queen Mother”—a super queen that rules multiple nests—and bring it back to Earth. Ripley believes the Queen Mother will command the xenomorphs to gather together where she can detonate a nuclear bomb to destroy them. 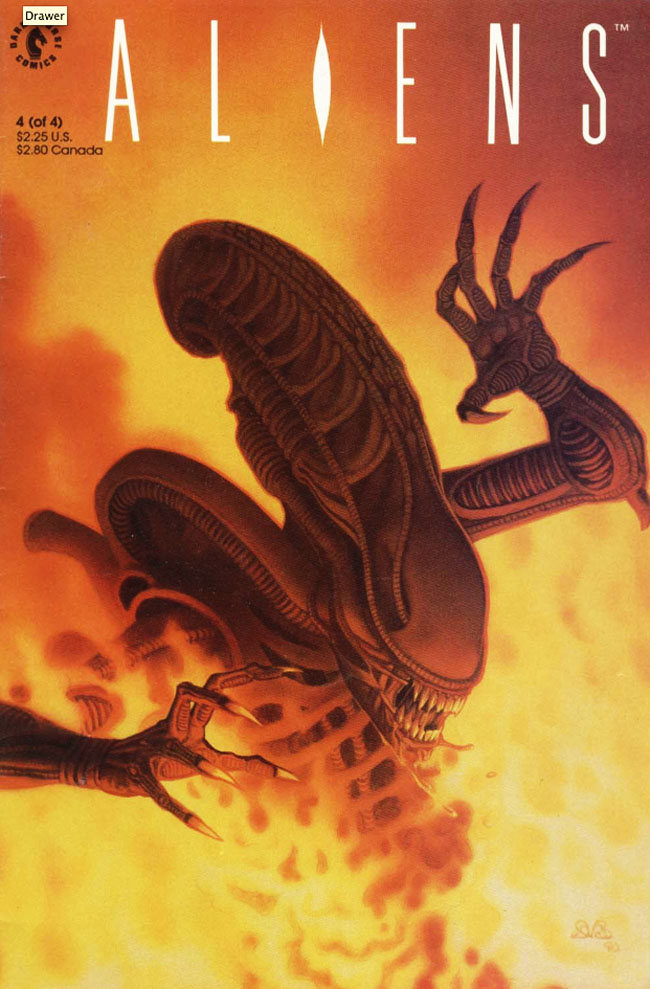 Aliens: The Original Series Volume 2 has been announced! The above picture is Den Beauvais’ gorgeous cover art for #4 of the original run of Aliens: Book 2.

While the third series may not be a fan favourite, Book 2 (aka Nightmare Asylum) can certainly be found on the top list of most fan’s favourite Alien comic series! And if Volume 2 is as nicely put together as the first, this is going to be a must buy.

Aliens: The Original Comics Series Volume 2 is currently slated for release April 12, 2017, just before Alien Day 2017. Thanks to Russ840 for the news.