Alien vs. Predator Galaxy has learnt that Mike Konanec of Atlanta Models & Talent was one of five people who made it to the final stages of casting for the role of one the Predator’s in the new film. 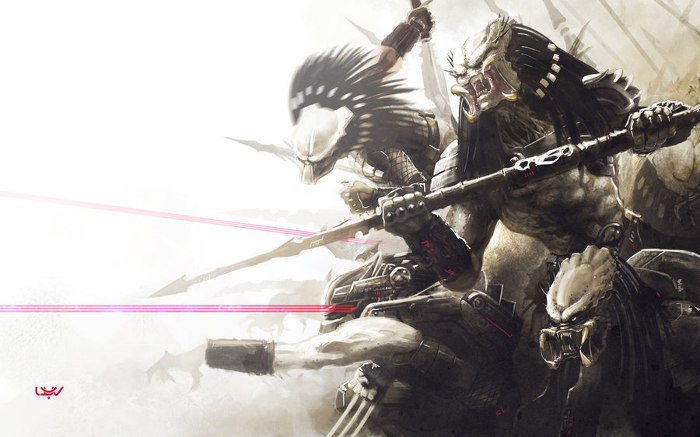 The Predator to see a return of multiple Predators? Artwork by Yvan Quinet.

Konanec confirmed on the 26th of July via social media that unfortunately he didn’t get the role. However, while he didn’t get the part, Konanec did comment that “I know the stunt coordinator and the 2 guys they picked, so I can personally guarantee this movie is going to be amazing!”

You can check out some of Mike’s audition footage for The Predator below! This footage comes via Act Tactical for Film with Matt Clanton who assisted Mike in putting the footage together.

Unfortunately, news on the casting of The Predator has been quite sparse. Most recently we reported in July that Creative Artists Agency was pushing for their client James Franco to have a role in the film. However, Franco passed on the role according to Omega Underground editor Christopher Marc. It was recently reported that Franco would instead be appearing in Jonathan and Josh Baker’s sci-fi thriller Kin.

The Predator is due to start filming in Vancouver on the October 17th until February 8th. Thanks to Johnny Handsome for the news.

Be sure to stick with Alien vs. Predator Galaxy for the latest on The Predator! You can follow us on Facebook,Twitter and Instagram to get the latest on your social media walls. You can also join in with fellow Predator fans on our forums!