Titan announces Alien – The Colouring Book! I can honestly say that that is not a headline I expected to be writing. Via Bloody Disgusting, Titan has unveiled an Alien colouring book due for release May 2017!

“Coming from the fine folks at Titan Books, who know that Bloody Disgusting readers are the biggest Alien fans in the world, we’ve got the exclusive first look at the cover of the adult coloring book featuring 80(!) pages of iconic scenes from the entire Alien series of films.” 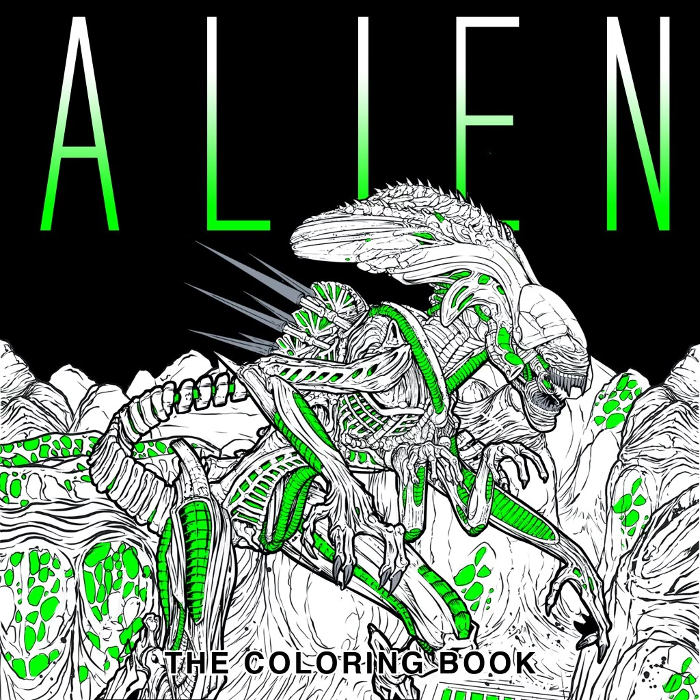 The original Alien haa a bit of a history regarding “children’s products” being made and marketted for a film with an R rating. An 18″ Alien figure from Kenner was met with negative response and many complaints from parents causing the toy to be pulled from the shelves.

Alien – The Colouring Book is due for release May 2017, just in time for the release of Alien: Covenant. It is available for pre-order from Amazon now.

Thanks to Willie Goldman and SizzyBubbles for the news.