With his new series, Vice Principals, now being shown, Danny McBride continues his press rounds promoting the show. In a new interview with Complex, McBride spoke briefly about Alien: Covenant. He doesn’t reveal much and the subject only gets two paragraphs but he re-iterates that Alien: Covenant is heading down a darker path than its predecessor, calling the film a “straight horror movie.”

“It was nuts. The idea that he trusted me to be a part of this thing is something that I’m still blown away by. I’m not allowed to talk a lot about what happens in it, but it is a straight horror movie. I’ve never been on something that intense before, with that level of visual effects and gore. I’ve also never been in a movie where people just straight up die like that.” 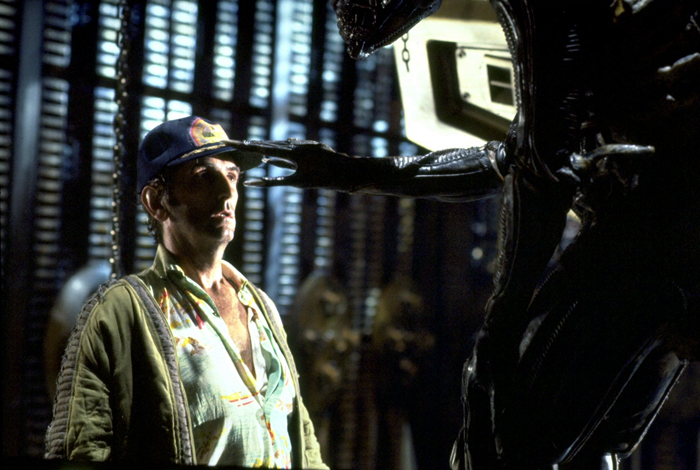 “It is a straight horror movie. I’ve never been on something that intense before, with that level of visual effects and gore.” – Danny McBride on Alien: Covenant.

Michael Fassbender recently spoke about Alien: Covenant, telling Collider that “it’s much scarier than Prometheus.” Hopefully this indicates we maybe seeing a return to the intensity and style of Ridley Scott’s Alien. McBride also shared a great anecdote about the diminishing cast:

“When I started the movie, the cast would go to these dinners and it was like twenty people. Then each week, the numbers dwindled and it became less and less people at the table.”