Blomkamp’s Alien 5 is “innovative, amazing, performs fan service.” Having just spoken at the Aliens 30th anniversary panel at San Diego Comic Con, the topic of Neill Blomkamp’s Alien 5 inevitably came up. It seems to have been moved on from rather quickly as a man proposed to his girlfriend in the panel (they met watching the film) but James Cameron and Sigourney Weaver apparently had some small comments to make about the currently postponed Alien sequel.

According to this Tweet from Marcus Errico, “both Sigourney Weaver & James Cameron say Neill Blomkamp’s Alien script is “amazing, performs fan service & should be made.” Den of Geek elaborates further, saying that Weaver said that the script has “everything fans want.” 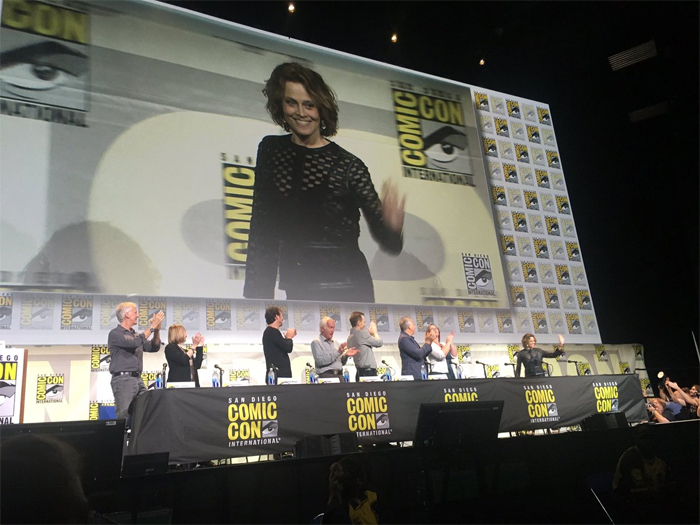 According to That Hashtag Show, Weaver also called the script “innovative” and Outer Places are reaffirming what Sigourney Weaver told Entertainment Weekly last week about their commitments to other projects coming before Alien 5. Nothing else about the project was brought up unfortunately.

Keep an eye on Alien vs. Predator Galaxy for the latest news on Alien 5!