The ampules return for Alien: Covenant! Amazon has just released a short introduction presented by Sir Ridley Scott for Season 2 of The Man in the High Castle. Shot on location at Fox Studios in Sydney, we see Scott sat in front of a wall of ampules, wearing his Covenant crew jacket. 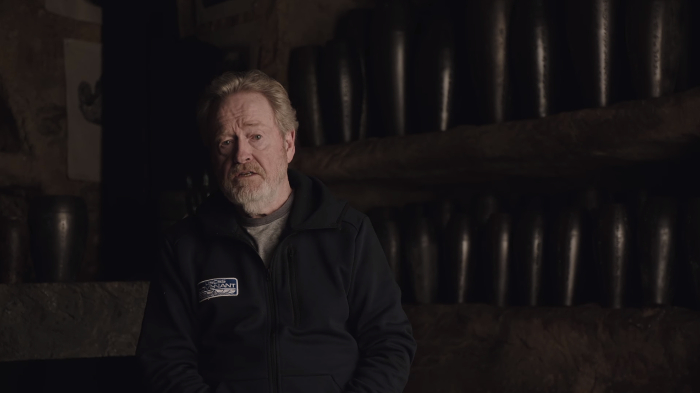 The ampules contained the black goo (also known as accelerant or Chemical A0-3959X.91 – 15) that brought about the various mutations in Prometheus. It would like they’re set to make a return in the sequel.