It’s a little hard to tell exactly what is going on but it would appear to be a cockpit of some variety. Given the apparently small size, it maybe the cockpit of a shuttle? 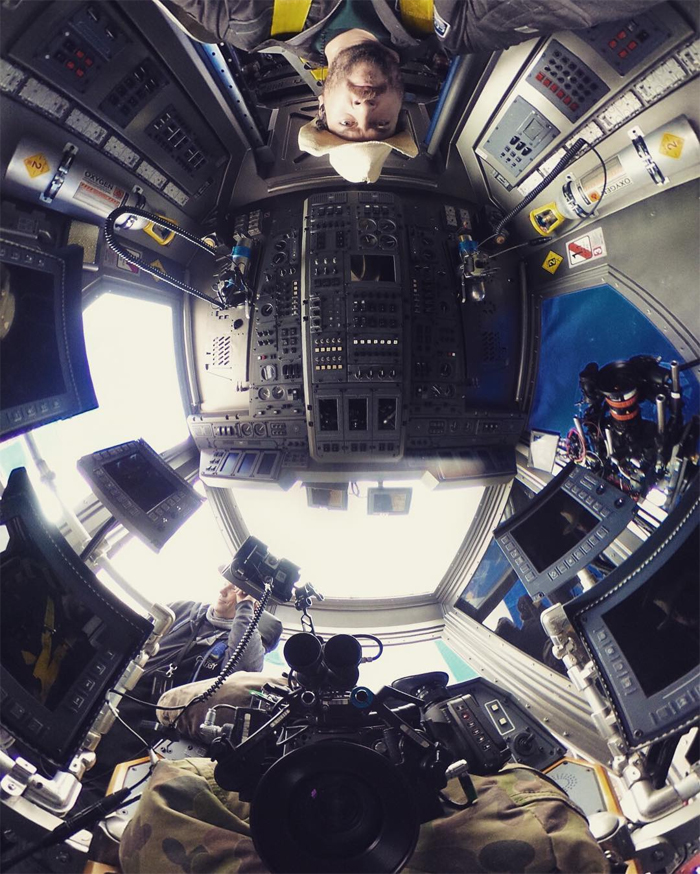 Given the large blue screens that are seen outside the cockpit windows, it’s possible that this was taken on location at Potts Hill where we saw a ruinous alien city (spoilers).

The picture was shared with the caption “that’s a wrap on #aliencovenant. Ridley is going to scare the shit out of you,” re-expressing that he believed Alien: Covenant to be a “dark horror movie.”

Keeps your browsers locked into Alien vs. Predator Galaxy for the latest on Alien: Covenant!