After nearly three months of shooting, Sir Ridley Scott’s Alien: Covenant has officially wrapped! Last Saturday the crew celebrated with their wrap party and have started to move on to other ventures. You can find pictures from the wrap party and the crew showing of their Covenant clothing in our forums.

Alien: Covenant set decorator Lacey Malice took to Instagram yesterday to show off her crew jacket and left a lovely caption talking about her time on the film: “It’s a wrap!!! I never would have guessed this time last year as I was having the time of my life in Switzerland at the HR Giger museum I would return home to paint the exact sets that he envisioned so long ago!, it has been an amazing experience, I’ve learnt so much and made some very talented new friends.”

Some of the art crew are remaining on the film to help with design work in post-production. Now it’s up to effect companies such as Animal Logic and MPC to provide the special effects for Alien: Covenant. 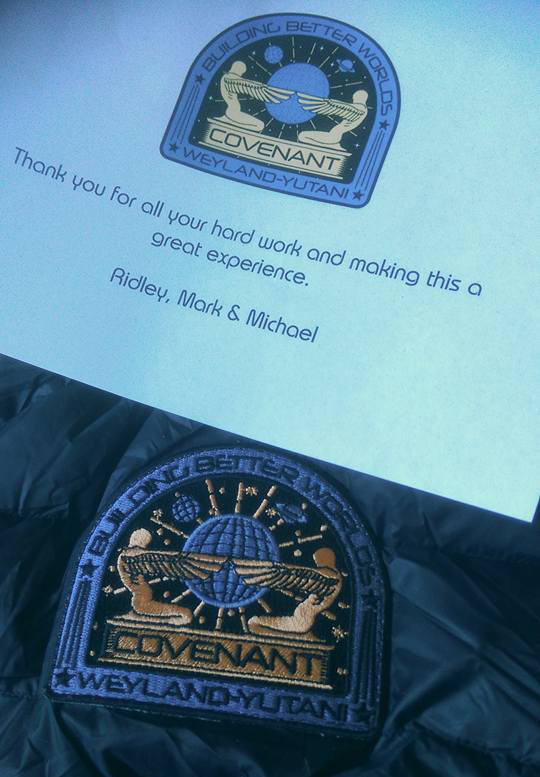 A “Thank You Note” from Ridley Scott, Mark Huffam and Michael Schaefer to the crew along with a Covenant patch and jacket (better seen here).

They made it through filming with very few leaks. Alien vs. Predator Galaxy were the first to reveal any sight of the film to the world with the location pictures from Milford Sound and the Daily Mail showed off some interesting pictures from the quarry location outside of Sydney. 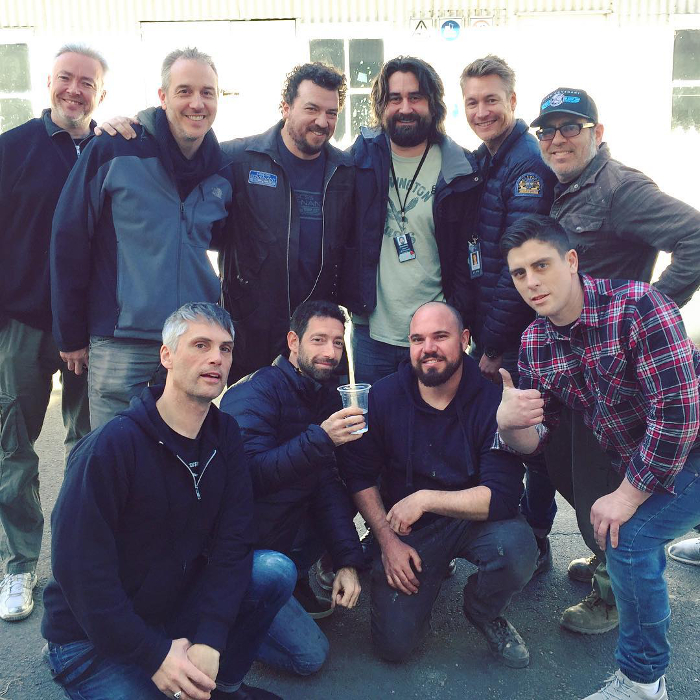 With just over a year left before release, we now wait while post-production work begins on Alien: Covenant and the marketing campaign starts to kick in. Stick with Alien vs. Predator Galaxy for the latest!