Upper Deck is now showing off it’s upcoming The Alien Battles Vs. System Expansion. Upper Deck should be known to Alien and Predator fans are the publishers of the fantastic Legendary Encounters card games. They’re also responsible for the Vs. Systems 2 Player Card Game (2PCG) and the possibility of an Alien expansion of that system was talked about earlier 2015.

“When compared side by side, Xenomorphs are better at fighting than humans. They are faster, usually bigger, and come standard with metal teeth and acid blood. The one constant that have allowed the Humans to stay competitive in a battle is their equipment. Vs System®: The Alien™ Battles introduces a new card type: Equipment.

Players can play Equipment during their Recruit Step by paying its cost and putting it onto a face-up character on their side. It doesn’t matter if the character is Main or Supporting, ready or exhausted. 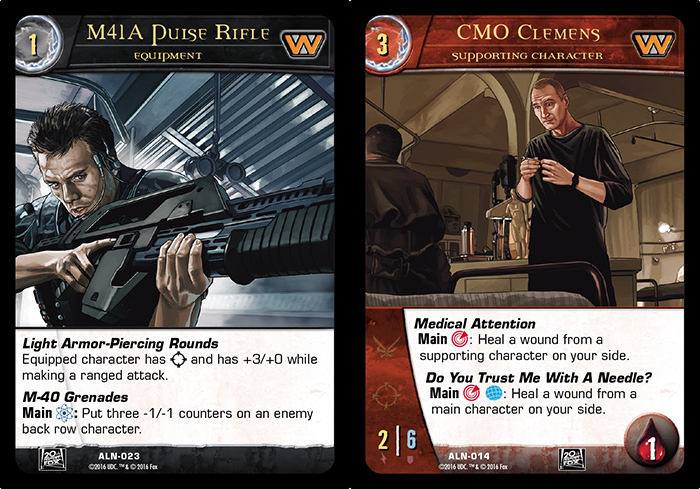 They have released two previews so far. The first is a brief overview of some of the core elements of the game and the second is a look a new card types to the Vs. System, Equipment and Creature cards. If you’re curious to learn more about the system, there are various tutorials on YouTube that can give you an insight into how the game might play. The expansion is standalone and doesn’t require a core game to play. 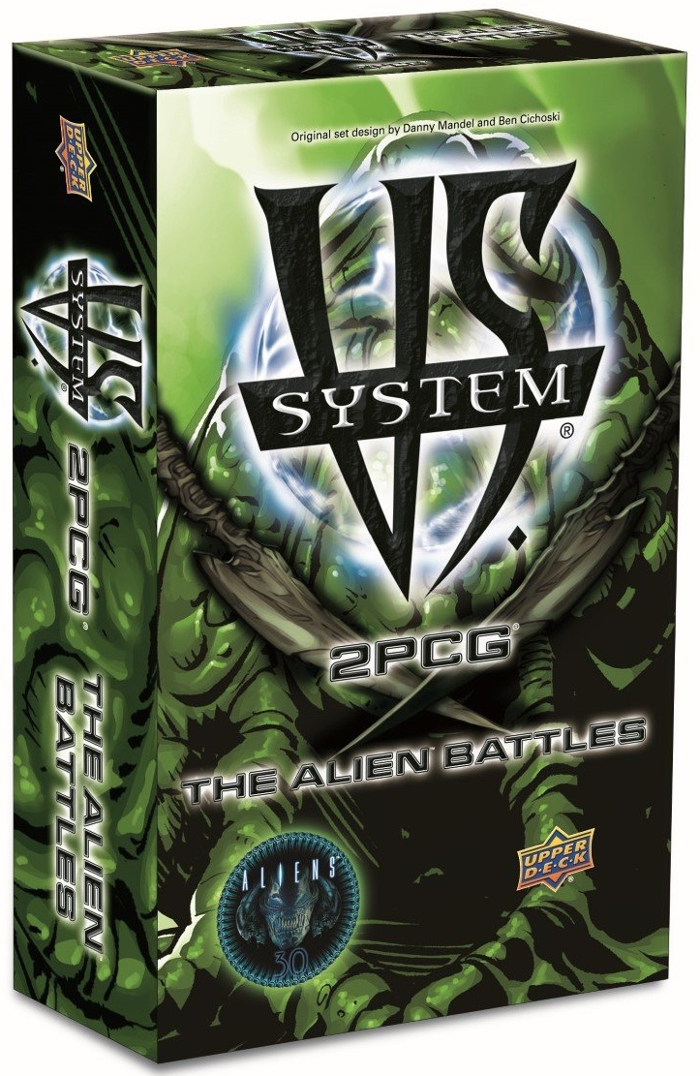 If you haven’t already tried them out, the Legendary Encounter games are fantastic. The next expansion (focused on Aliens) is also due out in August and I do recommend giving the Alien and Predator versions a try. You can also check out our Legendary Encounters – An Alien Deck Building Game Review.