Danny McBride talks Alien: Covenant in a new interview with Rolling Stone. His involvement with the Prometheus sequel only gets a few paragraphs but he does confirm that he plays the pilot of the Covenant and talks about shooting practically.

“You’re shooting Alien: Covenant right now. What can you tell us about it?
I’m the pilot of the spaceship Covenant, which is a colonization ship, searching for a planet where we might start life anew. I run the ship.

Are you in a harness for eight hours a day, yelling at a green screen?
No, I didn’t know if it would be all green screen, but most of the stuff is practical effects: when you’re running from an alien it’s really a dude in an alien suit coming after you! The sets are incredible and you’re in them: We go through some inclement weather at one point on the spaceship and this whole gigantic set is on a gimbal, shaking up and down. You don’t have to use your imagination.”

It’s great to hear more about the creatures in Alien: Covenant being practical. If you’ve somehow missed it, Fox have also teased the films creature earlier today! 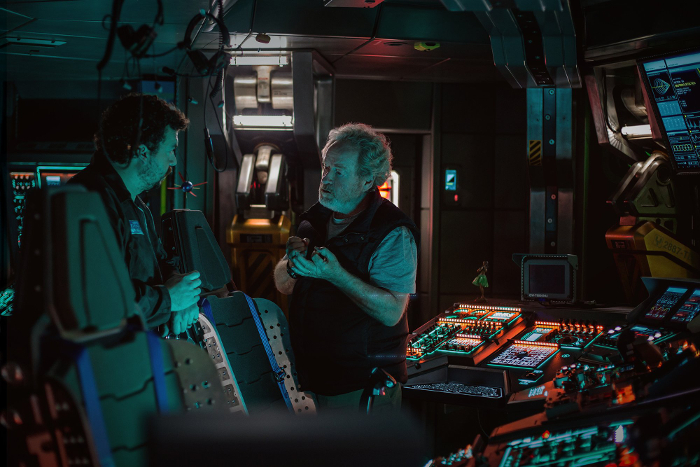 Danny McBride talks Alien: Covenant in an interview, confirming he plays the pilot of the Covenant.

He also talks briefly about working with Ridley Scott: “He’s got so much energy, and he shoots everything with four cameras. We move through stuff fast. When I got here some people said, “Oh man, he does two takes, three takes, tops,” but I love it. It creates this attitude on set of, like, “You better fucking come with it because you’ve got two shots — you better bring it.”

Thanks to BonesawT101 for the news.