It appears this Summer John McTiernan’s Predator will be getting a limited re-release across cinemas in France with a brand new 2K restoration! As many fans know Predator suffers from a hell of a lot of grain and dust, most notably in the early jungle scenes with Dutch and his team landing in the hot-zone and it was due to the type of stock and poor lighting that was used when they originally filmed the movie. 20th Century Fox first released Predator on a bare-bones blu-ray release in 2008 with the grainy picture quality we’re all used to. Critics still panned the picture quality.

Fast-forward a couple of years later, and Fox released the “Ultimate Hunter Edition” in 2010 with a new digital transfer. Fox essentially used a lot of digital noise reduction, removing the grain entirely but giving the film a glossy look, and most reviewers criticised the picture quality even more than they did before. (See Predator Blu-Ray Comparison for a look at the differences). This 2K restoration is something new and it comes from the French distributor Capricci Films. You can check out a new trailer for the new release below as well as a new Predator poster. 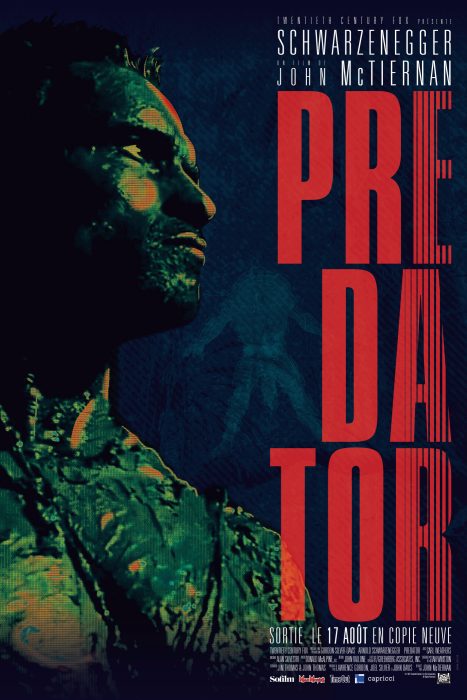 The new 2K restoration of Predator will hit French theatres on August 17th. There’s no word on whether or not this will come overseas or not, or even if Fox will release a 4K blu-ray version of Predator at some point on the future. I’d say it’s highly likely we’ll get something before Shane Black’s Predator sequel is released in 2018. Thanks to @amesmonde for the news.