Ridley Scott thinks Alien: Covenant will “scare the shit out of people.” While 20th Century Fox will not be showing any footage from their upcoming films at San Diago Comic Con next month, they were at CineEurope showing off their upcoming slate of films and The Hollywood Reporter was there to witness the 2-hour long presentation.

According to THR, Alien: Covenant made an appearance in the presentation in the form of a video showing off the sets of Alien: Covenant and a short message from Ridley Scott:

“Elsewhere, there was an exclusive preview of Assassin’s Creed, including a video message from actor Michael Fassbender who called director Justin Kurzel “Australia’s greatest export,” plus an exclusive trip to the sets of Alien: Covenant, due out in August 2017.

“I think this will scare the shit out of people,” Ridley Scott said, via video, of his Prometheus sequel, Alien: Covenant.” 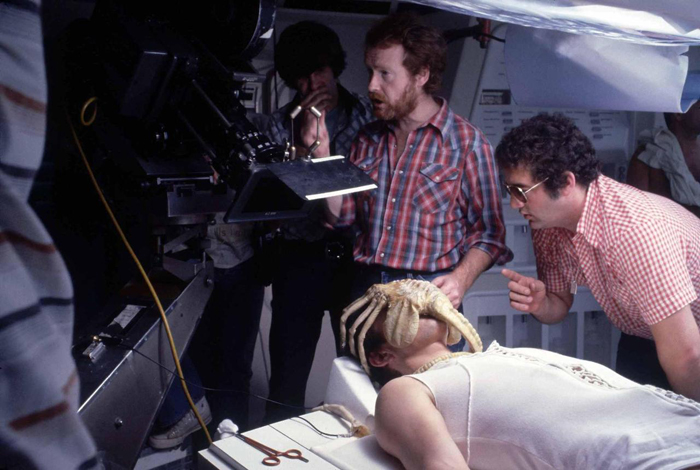 Ridley Scott thinks Alien: Covenant will “scare the shit out of people”.

Unfortunately, The Hollywood Reporter article doesn’t go into any further detail about the video or the sets that were shown off in the video.

Ridley Scott has previously spoken about the rating of Alien: Covenant, saying that it was going to be a Hard-R. In the same instance, he also spoke about wanting to go back to the horror aspect of the series and that the film would feature a scene “much worse” that the legendary chestburster scene from Alien.

Thanks to Stolen and Crazy Shrimp for the news.