We have just uploaded the latest episode of the Alien vs. Predator Galaxy podcast which focuses on Robert Rodriguez’s 1996 Predators Script. Our 36th episode sees regular hosts RidgeTop, Xenomorphine and myself joined by community guest HuDaFuk as we talk about Robert Rodriguez’s original Predators script from 1996. 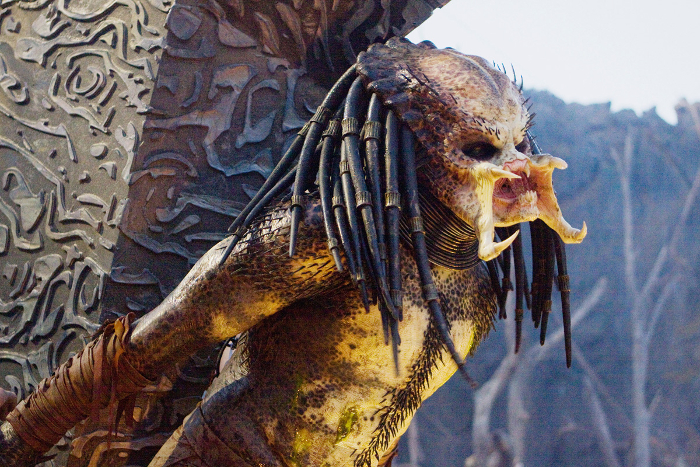 Robert Rodriguez’s 1996 Predators script contains only a few elements that would be carried across into the final film, one such element being the crucified Predator.

For a long time the original Predators script was one we had only a few tantalizing details of -the main one being that the script was set aboard an old Spanish Galleon. When the script finally found its way into the hands of the fans we learnt there was much more to this insane script than an opening scene set on a Spanish Galleon.

It would have seen the return of Dutch, it was set in the undetermined future and contained some very basic concepts that would eventually make their way into the Predators as directed by Nimrod Antal.

If you have any response to anything we discussed in this episode please let us know down below. Have you read the script? We’d love to hear your thoughts on the infamous script!

The music at the end of the episode is Kaosware’s take on the Predator theme. You can check out his awesome video of the track being performed on a cloaked guitar in our forums! If you’re interested in reading the script yourself you can find it in our downloads section (along with many other drafts of the various other Alien/vs/Predator films).

You can also listen to any of our previous episodes in the Podcast section under the News tab on the main menu. We hope you enjoy!