Fred Dekker talks The Predator in a new podcast with The Movie Crypt. In the new interview, Fred Dekker briefly discusses his work on The Predator, talking about the characters, keeping the mystery of the Predator, Black and Dekker’s inspiration and the scope of the film.

While discussing the approach he takes to writing characters and how he identifies that unique voice for his characters, Fred Dekker discussed what we can expect from the characters in The Predator:

“I used to just want to come up with quips and just smart alecky lines and what not. Now I’ve begun to look at the characters as attitude, really. This is something we’re doing on The Predator now. I can’t talk a lot about it but I tell you about the process of writing it. One of the things is that every character has kind of an attitude. Who is this person? What do they want? Why are they doing what they’re doing? And just by having each of those characters have a different agenda and a different life experience they start sounding different and they can bounce off each other like ping-pong balls. It’s really exciting and it’s relatively new to me.”

Dekker re-iterates later on that from his perspective as the writer he wants to tell a story where you’re interested in the characters, even if the Predator doesn’t make an appearance. 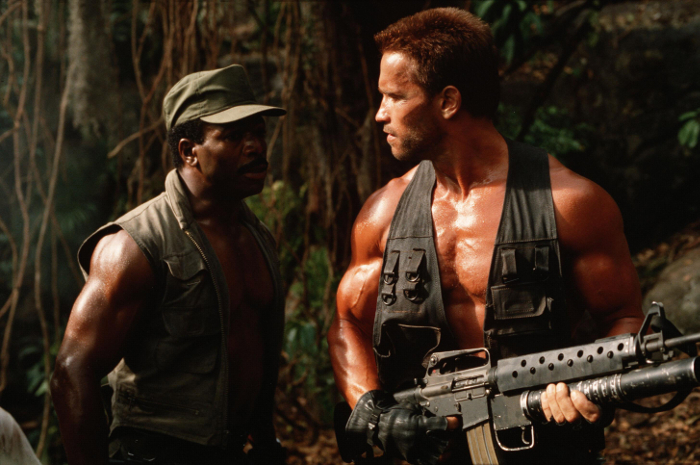 Fred Dekker says he wants to tell a story where you’re interested in the characters, even if the Predator doesn’t make an appearance.

When asked about where in the production process The Predator is, Dekker confirms that the script is finalized and that the film is currently being budgeted, that casting has begun and that they’re still aiming for a late September shoot.

Talking about the writing mentality behind the latest instalment, Dekker says: “[talking about Predator] It’s relatively simple. Our idea was “we know that story already”. What’s behind the curtain? Why are they here? What are they doing? What’s the bigger picture of this? They’ve touched on it a little in the other films, in the AvPs and whatnot.”

Having been asked about demystifying the Predator, Dekker hints at an exploration of the Predators that doesn’t remove their metaphorical teeth and make them less scary but also hints that this time maybe more than just a simple hunt:

“There’s a world out there…we know the Predators come from somewhere…we know they do. How did they get here? Why are they here? Those are questions I think you can answer, or at least explore, without defeating that sense of scariness. Who knows if their agenda has changed?” 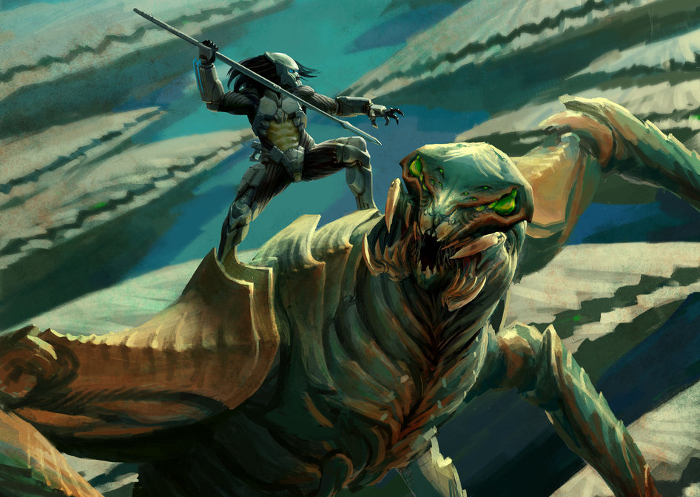 Fred Dekker Talks The Predator: “Who knows if their agenda has changed?” Artwork by icedestroyer.

Dekker also mentions his excitement at working on the film though he admits that whilst he enjoyed the first film, he wasn’t as big a fan of Predator as director and writing partner, Shane Black, was. He also goes on to say that Black and Dekker have been inspired by Steven Spielberg, James Cameron, Howard Hawks, that they were aiming for that level of emotion and gravitas.

Discussing the scope of the film, Dekker later compares Predator and The Predator to Alien and Aliens, saying that The Predator is akin to Aliens where “it’s not Ten Little Indians. It’s not just let’s kill off all of our characters – we have a lot of characters from a lot of different worlds and ideologies. I don’t mean by that other planets. It’s a lot of people doing a lot of things in a lot of locations.”

Be sure to head on over to The Movie Crypt and check out the whole podcast! The Predator talks begins at around 1:22:00. Thanks to Johnny Handsome for the news.