We have uploaded our review of Titan Books and Tim Lebbon’s latest entry in the Alien and Predator literary world – The Rage War Part 2, Alien: Invasion!

“Alien Day (26th of April) 2016 saw the release of a lot of Alien merchandise. One such release was the second in Tim Lebbon’s Rage War trilogy. Following on directly from Predator – Incursion, Alien – Invasion picks up right after the closing pages of the previous book and dives back into the far flung future.

With the majority of the world building already accomplished in Predator – Incursion, Alien – Invasion dives straight into moving the story along. As the name implies, the second entry in The Rage Wars focuses on the Rage’s invasion of the Human Sphere, the space in which humanity has colonized. The creature focus also moves off of the Predators and onto the Aliens that the Rage has weaponized and is using to devastating effect.” 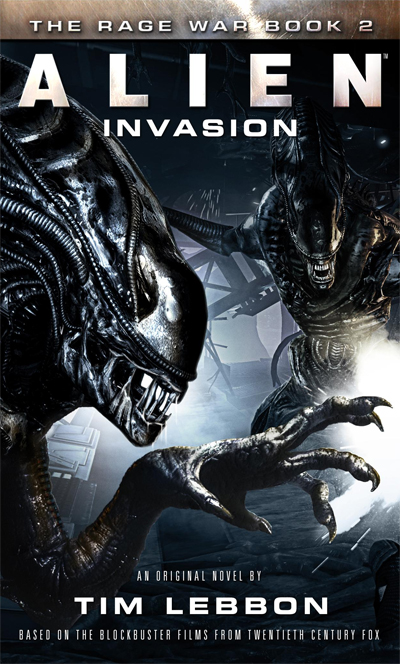 The cover art for Alien – Invasion.

Be sure to check out the whole review over in our articles section! You can pick up the novel over at Amazon now. Don’t forget that Tim Lebbon’s first Alien novel, Out of the Shadows, was recently adapted into an audio drama by Dirk Maggs for Audible and it’s awesome! Make sure you check that out out.

Have you read Alien: Invasion? What did you think? Let us know down below!