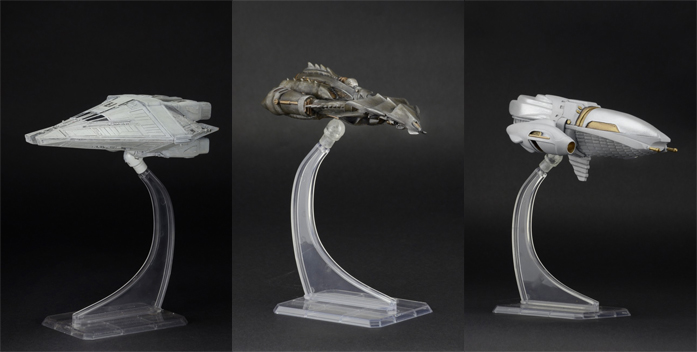 NECA’s Cinemachines Series 2 has been announced!

“Introducing the second series in our brand new line of die-cast collectibles celebrating some of the most iconic vehicles from film and television!

CINEMACHINES brings these supporting cast members to life in exceptional detail, ready to add to your collection. Each measures 5-6” long and is made from die-cast metal and plastic that’s carefully hand painted. Series 2 highlights vehicles and vessels from the Predator and Alien universes, and includes:

Series 2 is currently slated for release in September 2016 with Series 1 recently hitting the shelves in the US.