Alien Day 2016 saw the announcement and release of many Alien products. One such announcement was by UDON Entertainment and Dave Dorman announced a brand new Alien artbook due for release late 2016.

“The ALIEN VISIONS project is an artistic tribute to the one of the most iconic and enduring science fiction / horror movie franchises of all-time.  Professional artists from the comic book, film, video game, and entertainment industries have come together to show the world their impressions of the Alien movies through a series of all-new images, collected into one prestigious hardcover art book.  Artists involved include Dave Dorman, Phil Noto, Kim Jung Gi, Whilce Portacio, Bengus, Shunya Yamashita, just to name a few!  Learn how the iconic series has impacted these masters as they share with you their intimate thoughts of the Alien franchise.” 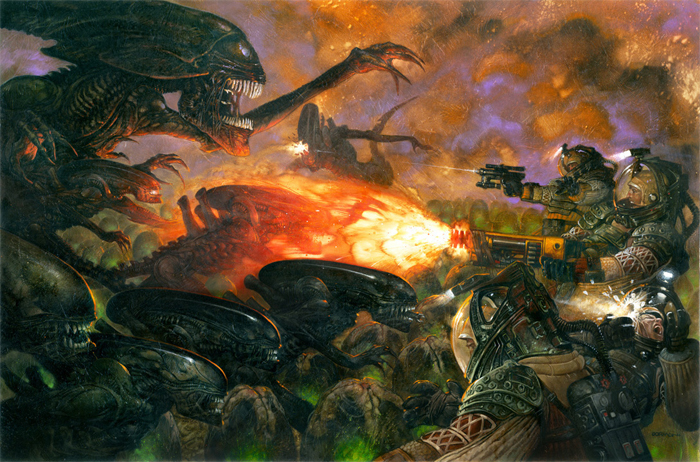 Along with the announcement, UDON also published a short number of pieces of artwork by the artists involved in Alien Visions to help wet the appetite. These pieces include a new piece by long time Alien (and Predator) artist Dave Dorman who has returned to the franchise with a variant cover for Prometheus: Life and Death and the above piece.

UDON Entertainment is well known for the publishing of artbooks, graphic novels and manga and will be adding Alien to that list with Alien Visions, due for release late 2016.