NECA have now revealed what will be included in Aliens Series 9, due for release some time around September. This set is to celebrate the 30th Anniversary of Aliens. Earlier this week, actress Jenette Goldstein revealed her Pvt. Vasquez figure based on her likeness. It’s very accurate to her character in the movie with the same tag on her chest – “El riesgo siempre vive” meaning “the risk always lives”. Her accessories include her iconic smartgun, headgear and shoulder lamp. Also joining Vasquez in Series 9 is another member of her squad – Pvt. Frost – based on Ricco Ross’s likeness. Frost’s accessories include a removable helmet, ammo bag, M240 Flamethrower and a pistol. 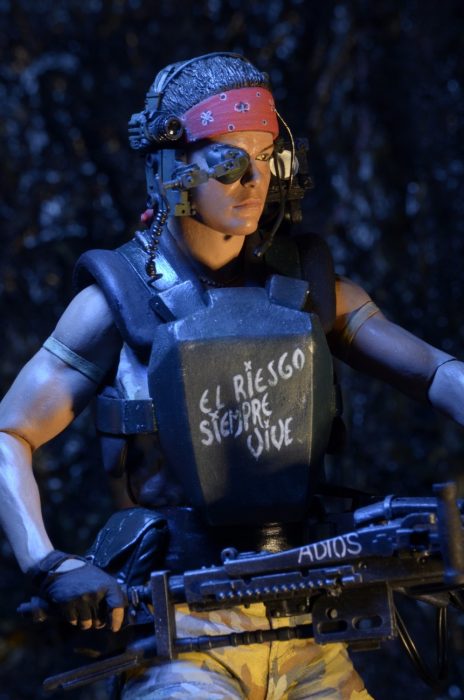 Rounding off Series 9 is the Albino Alien. Now, this Xenomorph featured in James Cameron’s original screenplay for Aliens which describes small albino ‘Drones’ helping the Queen and moving her eggs in the hive. Instead of an inner mouth, they have an excreting probe. It’s not particularly hard to see why it was cut though it did later appear in Alan Dean Foster’s novelization. So, here’s NECA’s concept figure. Scale-wise, I don’t think it was ever intended to be as big as this in the movie though. 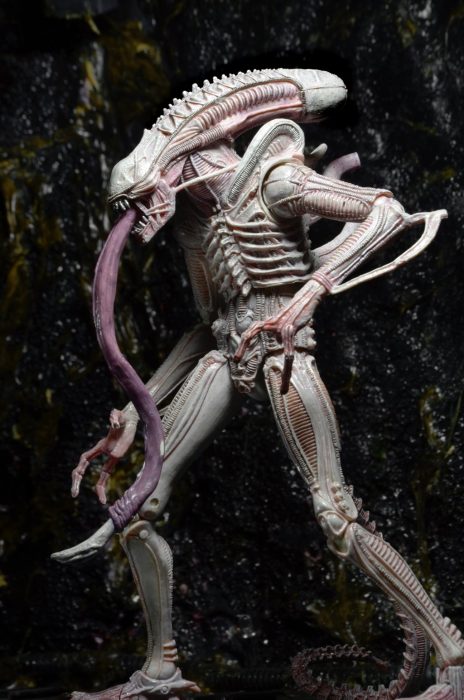 The last bit of NECA figure news we have for you is Newt. Just before Alien Day, Carrie Henn revealed her Rebecca “Newt” Jorden figure that will be an exclusive for the 2016 San Diego Comic-Con in July. Her accessories include a removable helmet, light, her Casey doll head and and a photograph of her. 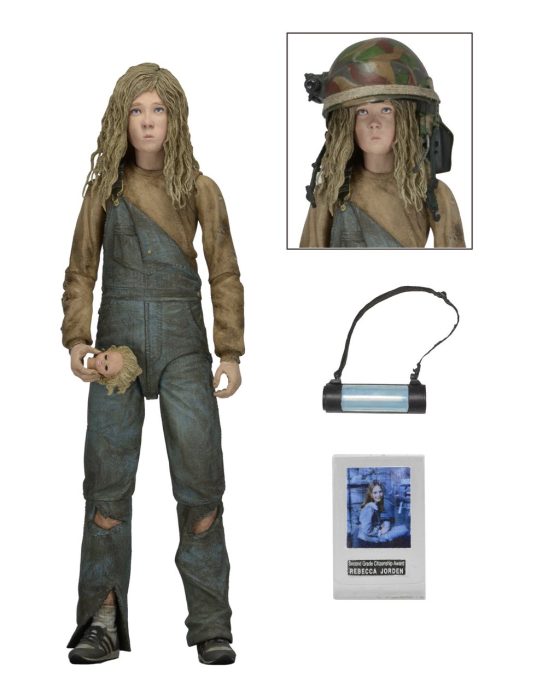