Today is officially Alien Day! April 26th – a throwback to the planet LV-426 where the characters discover the crashed Derelict Spacecraft in Alien and Aliens. Throughout the day, those lucky people in the US can take part in a 24-hour Twitter event where fans can test their Alien knowledge and win some awesome prizes. Heaps of companies will be offering lots of Alien merchandise today including the Reebok Alien Stompers which won’t take very long to sell out as well as the Alien Out of the Shadows audio drama which I’m personally looking forward to.

Later in the evening, cinema chains across the US and UK will be playing both Alien and Aliens as a double bill. We’ll be sure to keep this post updated throughout the day for any new things that pop up.

See Alien & Aliens at the Cinema 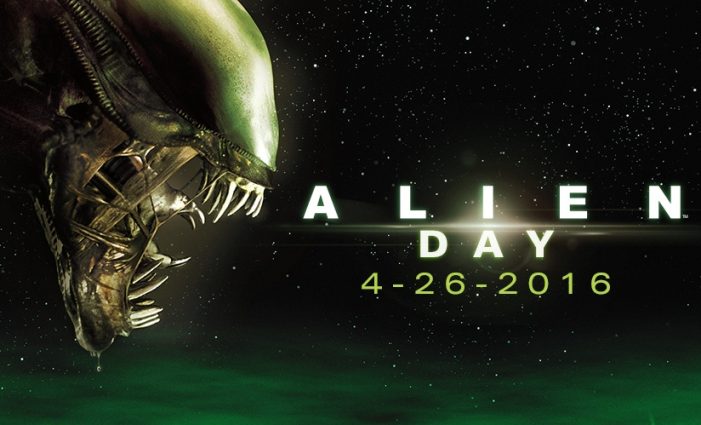 Are any of you guys out there buying anything Alien related or going to the cinema later?