“Based on the “Big Chap” xenomorph from the 1979 Alien movie, this approximately 8” long vinyl bust features detailed sculpting and paint, as well as a coin slot and access door that turn it into a fully functioning coin bank! Keep financial predators at bay! Packaged in a clear polybag. Sculpted by Eli Livingston!” 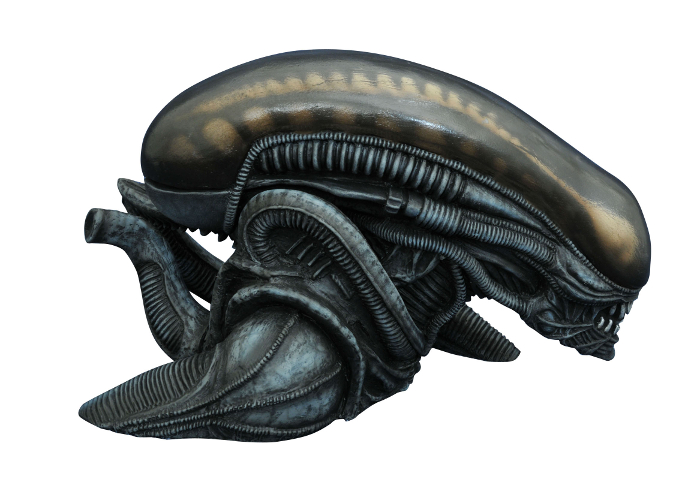 “Based on the matriarch’s appearance in Aliens, this beautifully rendered bank features a detailed sculpt by Jean St. Jean and a collectible-quality paint application, and stands alongside some of the finest Alien collectibles. But she also has a coin slot in back and an access door in the base, so she’ll guard your quarters like they were her own children! If you were going to put all your eggs in one basket, this is it! Comes packaged in a clear polybag with dorsal spines.” 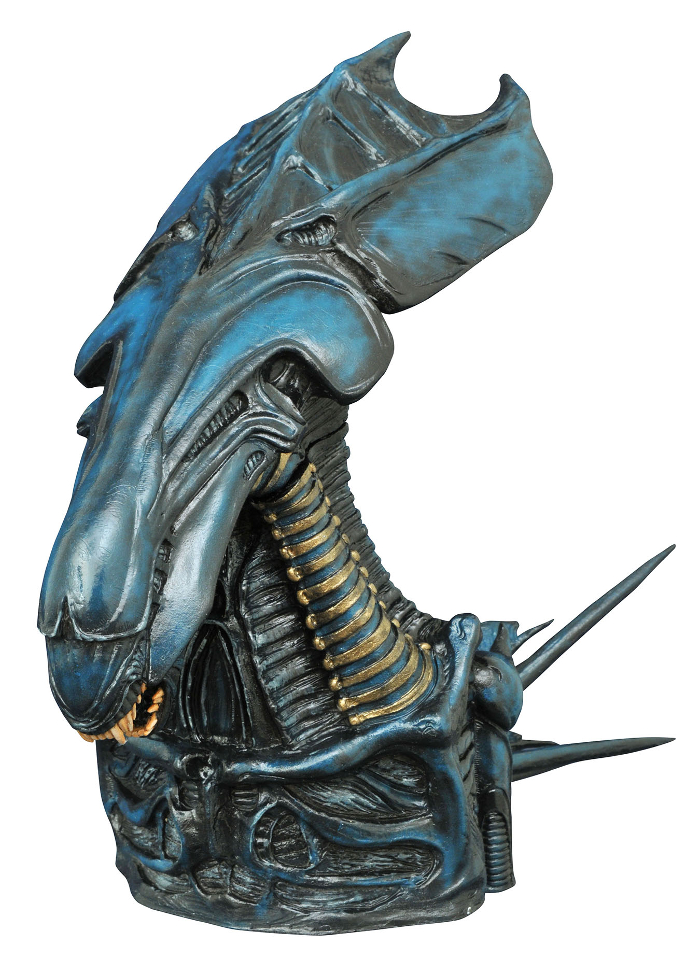 The Queen Alien money bank is available to purchase now.

The Queen money bank is available to purchase now and the H.R Giger “Big Chap” Alien bust will released in “Summer 2016.” The two busts retail at around $30, the same as the previous money bank busts that Diamond Select released.

Thanks to Helmi Abdat via the Alien vs. Predator Galaxy Facebook page for the news.