According to Twitter, a Trilobite was spotted on the Alien: Covenant set. Twitter user hi_flyer7 has been sharing some pictures he took of the spaceship set at Milford Sound, New Zealand. He also tweeted to share some specific details of what he’d witnessed happening on set including the spotting of a newborn Trilobite:

“The white alien Shaw gives birth to in Prometheus is back in the sequel! Seen on set.”

Unfortunately he didn’t manage to obtain a picture of it but we asked if it looked like the fully grown creature seen at the end of Prometheus or if it was more similar in size to the newborn seen during the infamous medpod scene: “One she gives birth too. The prop wasn’t very big.” 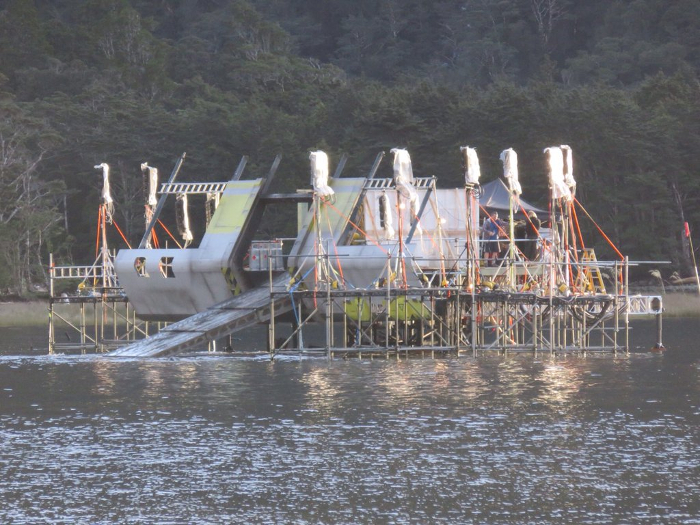 A location picture shared by hi_flyer7.

In another Tweet hi_flyer7 also commented on an action scene that he witnessed: “Group of scientist/geologists attacked on new world. Gun battle. Security Guard (from Weyland?) seen on set.”

Thanks to hi_flyer7  for sharing. Keep checking back in with Aliens vs. Predator Galaxy for the latest news on Alien: Covenant and The Predator!