New set construction picture reveals link to Prometheus. One of the images most associated with Sir Ridley Scott’s Prometheus was that image of the massive Engineer head that dominated the urn chamber within the Engineer facility. It was an image that was featured prominently during Prometheus’ marketing.

It would now appear that another giant Engineer head monument is being constructed at Fox Studios Australia where Alien: Covenant will be shooting shortly. 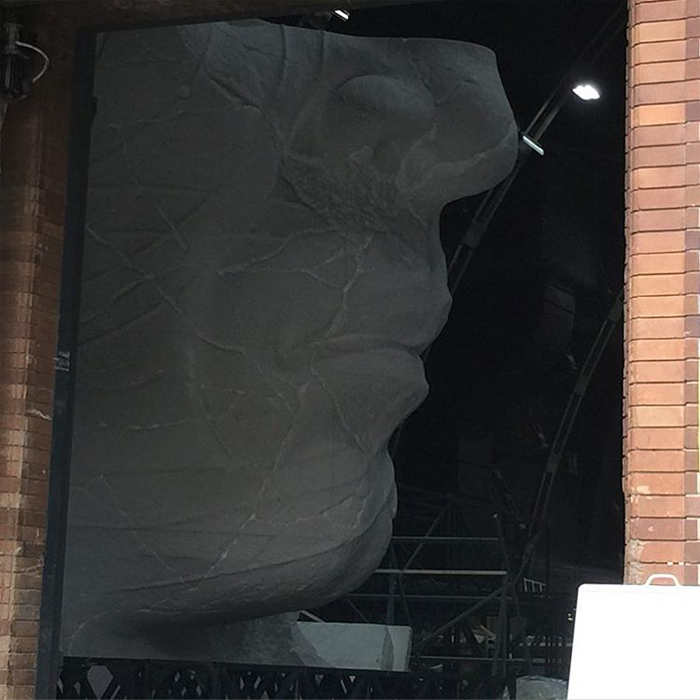 The image comes via Instagram user charlietong123. This is our first specific indication that any Engineer facility or architecture will be featured in Alien: Covenant.

Perhaps David did discover another Engineer complex somewhere on the surface of Paradise. Or perhaps we will find the head overgrown in the depths of the green scenery?

The picture has now been taken down from Instagram.