It appears Judge Dredd will once again be duking it out with Aliens and Predators as a new crossover comic, entitled Predator vs. Judge Dredd vs. Aliens, will hit stores on July 27, 2016. Dark Horse announced the four-issue crossover during the Emerald City Comic Con panel in Seattle. Written by John Layman, who wrote Aliens: Inhuman Condition and Chris Mooneyham, who did the artwork for the first two issues of Predator: Fire & Stone, is the artist for the comic. You can check out a short interview with John Layman over on io9 who recounts how the comic came about.

The crossover pits the legendary lawman Judge Dredd against the universe’s supreme hunters, the Predators, as they both try to survive an onslaught by the galaxy’s ultimate killing machines, the Aliens! Judge Dredd and Judge Anderson have tracked a criminal cult across the Cursed Earth and into the Alabama morass, where a mad genetic scientist with destructive designs has acquired the best genes that evolution has to offer—a xenomorph skull! A Predator, attracted to the warm climate and superior prey, has declared hunting season as he calls for backup. All paths will cross in a mind-blowing sci-fi showdown with the fate of the Earth at stake!

The comic begins with a Predator crash landing in a jungle overgrowth in the middle of the Cursed Earth. He is soon tracked by a group of animal hybrids belonging to a genetic engineer. The scientist captures the Predator as well as his trophies and he begins creating Xenomorphs using the DNA from the trophies. 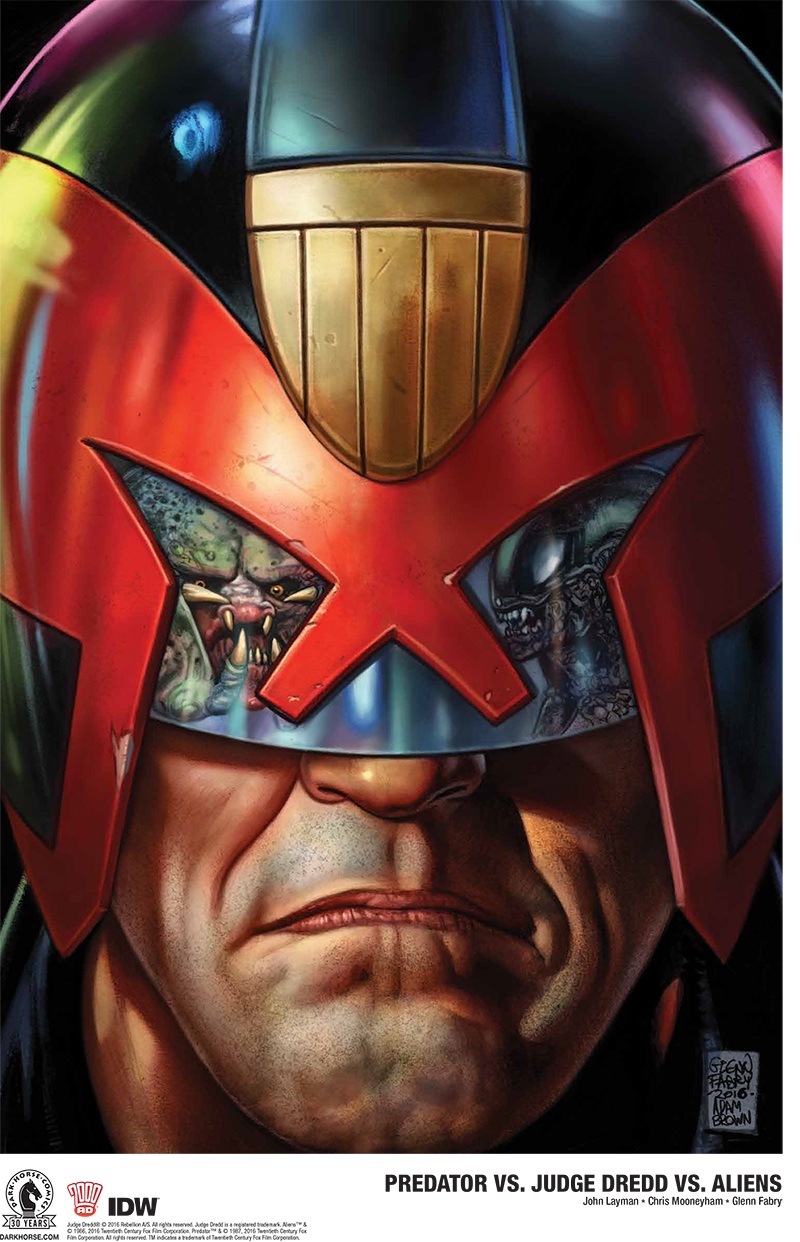 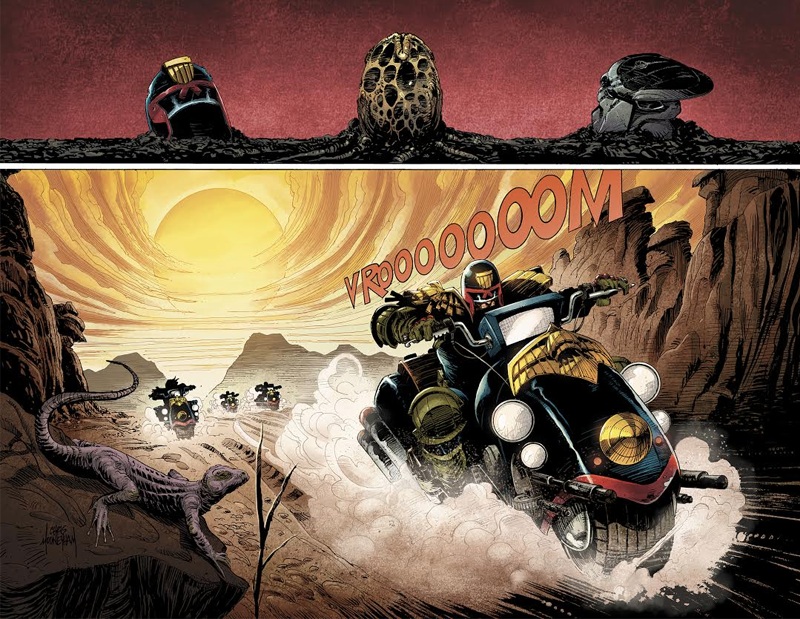 Artwork from Predator vs Judge Dredd vs Aliens #1, by Chris Mooneyham.

Thanks to UltraMorph for the news.